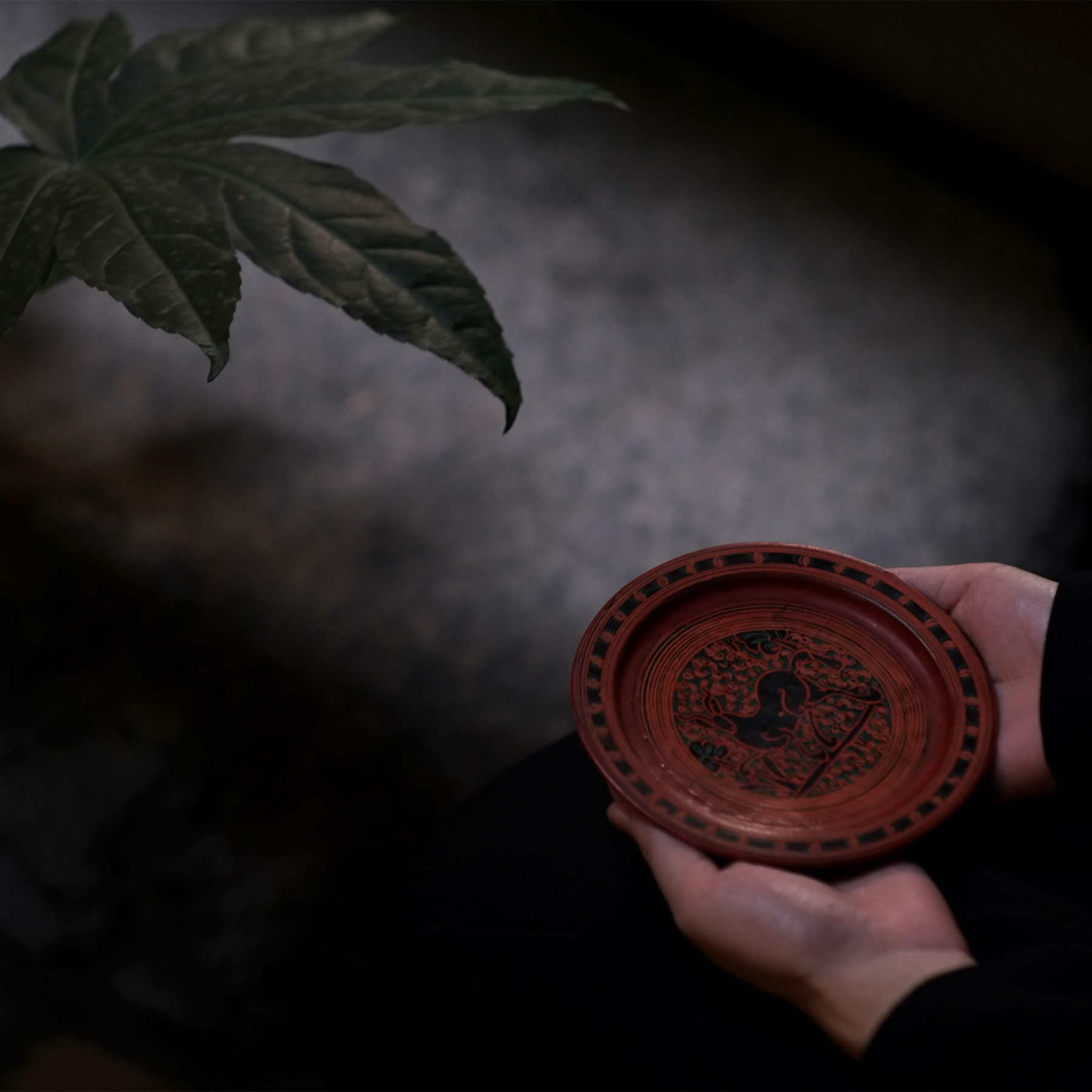 A lacquered round dish made from the late 19th century to early 20th century in Burma, Southeast Asia, which is made with the tecnique of wooving bamboo and covered with ashes, muds and lacquer. The endangered deer called Termin, inhabiting this area is depicted.

Termin has been sacred with interpreted as the binding soul between humans and the nature. The mysterious face of a stag, its peculiar posture and behaviour, that is running for its life stops occasionally and looking back as if he is waiting for someone, has been appeared on some allegory and folks motif.

There is an imprint of Myanmar minority language alphabets on the base, which is probably carved a female name. It is recommended to use in dry because cracks due to aging are seen, but its blasted lacquer has profounded atmosphere with the favorable painting, is also good for ornamental use.