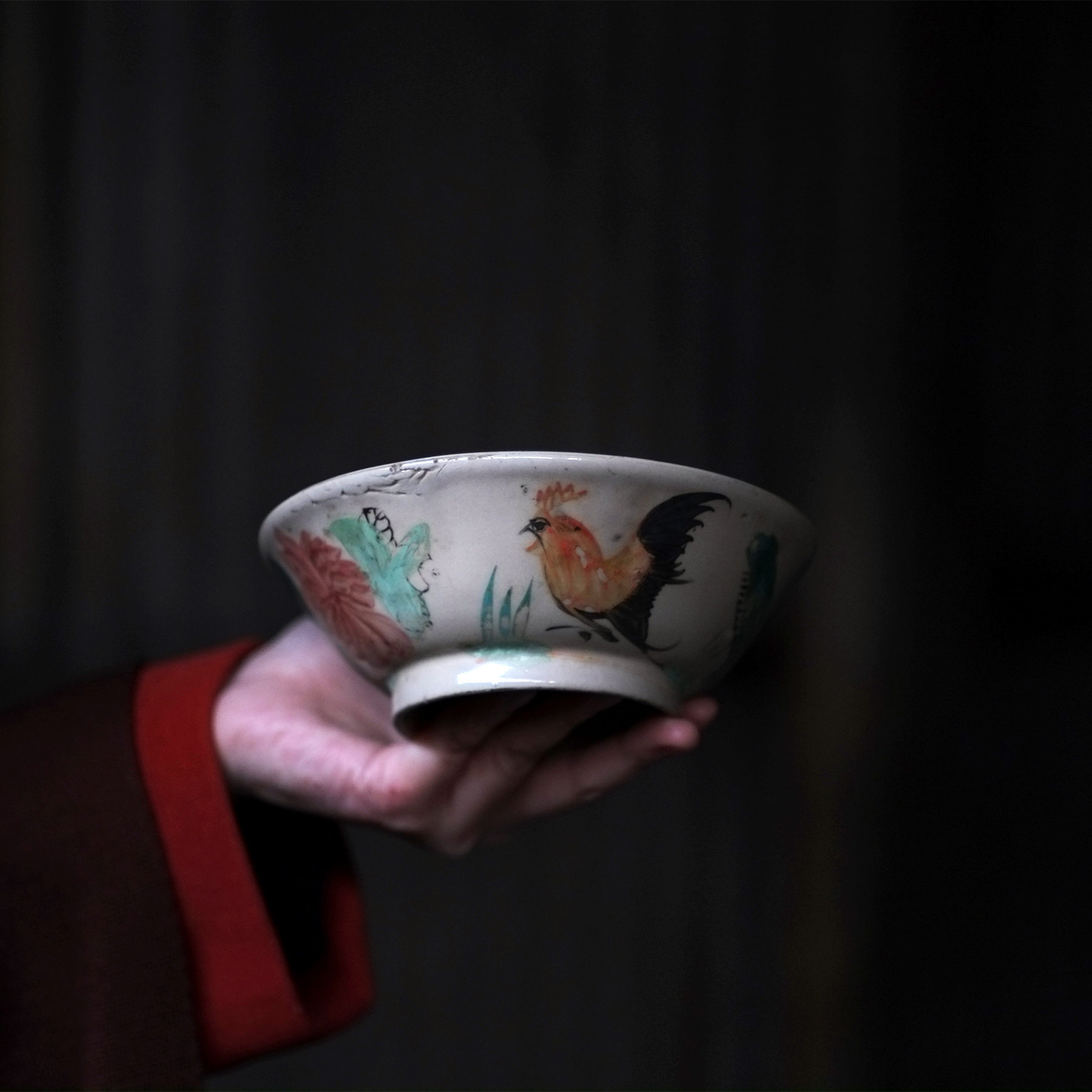 Tea bowls made in Guangdong to Fujian Province, China in the early 20th century. This is a type of tea bowl called Gōngjī wǎn (common rooster bowl) which roosters and flowers are drawn in overglaze painting.

Once this type of cups were widespread in South China to Hong Kong, Taiwan, and some in Southeast Asia, and was considered a lucky charm for family prosperity. It seems that it was also used as one of trousseau in the Yaju area during the Republic of China era.

Roosters that squeal and drive people into work at sunrise, may have been more precious than livestock in agricultural societies.

Although some fading and glaze peeling are seen,but the condition is very good overoll. It is still produced, but the painting is transcription printed which the original hand-drawn taste has been lost.