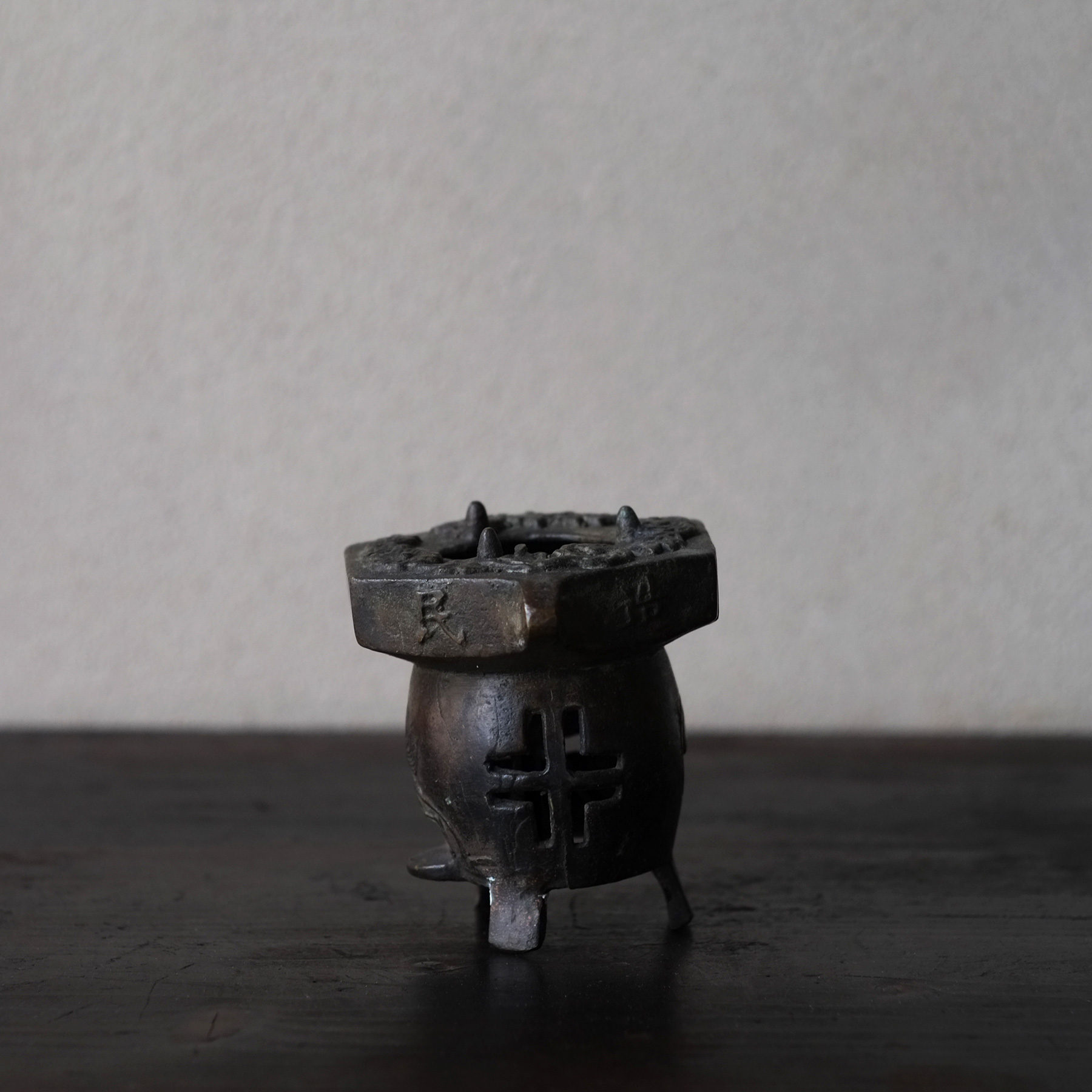 A bronze lamp for opium suction. The inscription “3rd year of the Republic of China” is arranged on each side of the hexagon at the above part.

At that time, the opium trade was already regulated by International Opium Convention, but it is said that the Japanese army (Kanto Army) stationed in Manchuria or Taiwan was smmugling.

A design mixed Buddhism and Taoism, such as water liliy and yin-yang symbol likely China. Although it isinclinatory, still enough stable to stand.