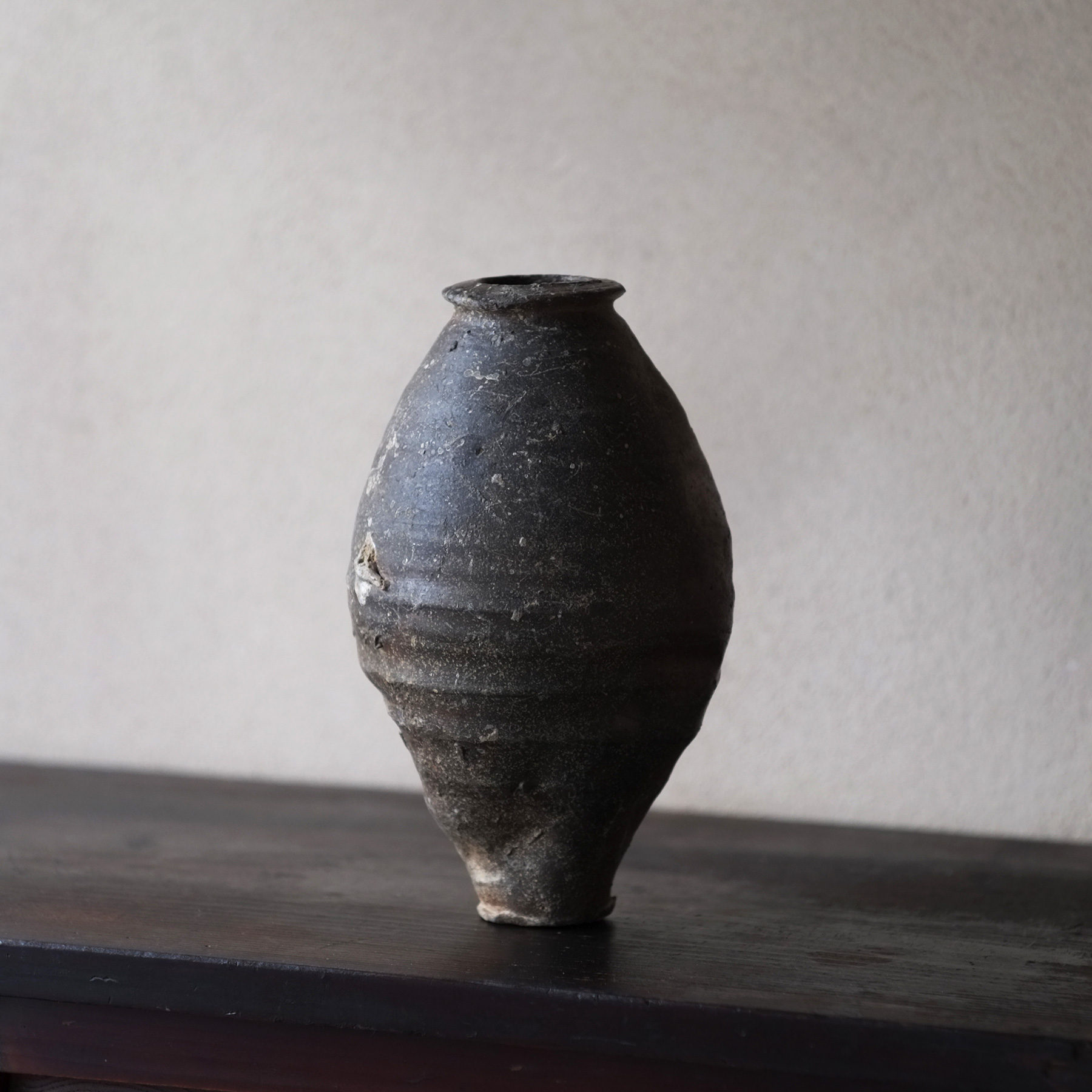 A brown glazed jar fired in Anhui Province, China. It was popular as a people’s liquor bottle during the Song dynasty when the liquor tax system was introduced but was adopted as a military water bottle because of its portability. Also, it is called “Hanbei” in Chinese which comes from the Song dynasty general Han Shih-Chung.

These kinds of jars had been produced from the Northern Song to the early Qing dynasties in places around Xuanzhou district in Anhui province, and they have been found all over East Asia because the military took them abroad. In Japan, it was mistakenly believed to have come from Vietnam and was prized as a flower vase, being called “Nanban-Chimaki”.

As it is a shipwreck piece, there are some shells attached to it, but no notable defects.