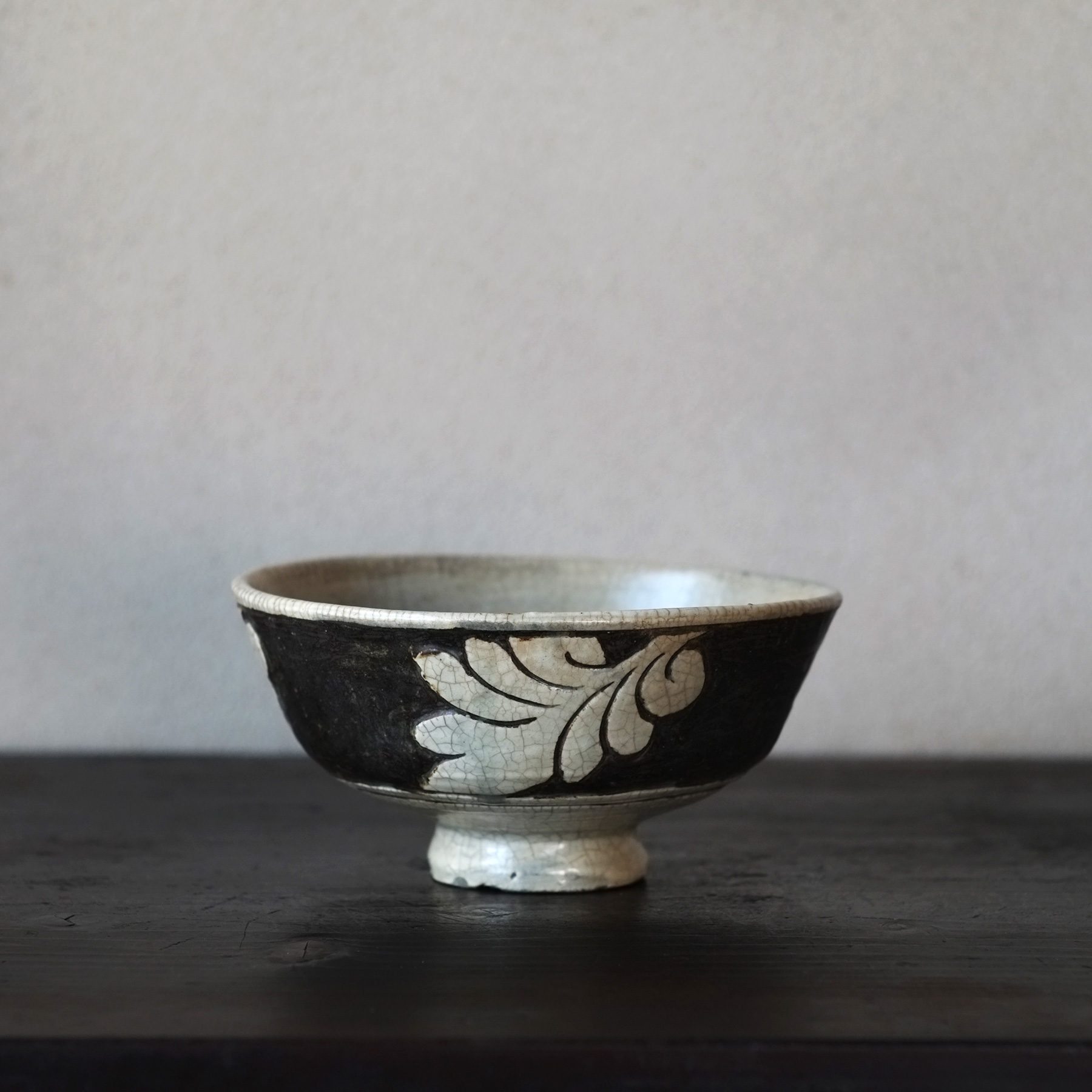 A teabowl fired in Chungcheongnam-do in the early Joseon dynasty. It has an angular shape with a small base and designed three faces of single peony leaf decoration by the sgraffito. It is a type that resembles Gyeryongsan ware, which is known for its iron paintings and brush-mark slip, but using the sgraffito design is a rare case. Unlike the Cizhou ware black sgraffito style, which is often seen in the Bunchoeng ware made in Jeollanam-do, a key trade point with China. This piece is characterized by the engraved part coated with iron glaze.

The condition is generally good, although there is a possibility that some hairlines are lost into crackle glaze. Come with a box, and the ‘Certificate of Korean Antique Art Appraisal Association’ (dated September 27, 1972) states “彫鶏竜山茶碗-Carved Keiryuzan Teabowl”.