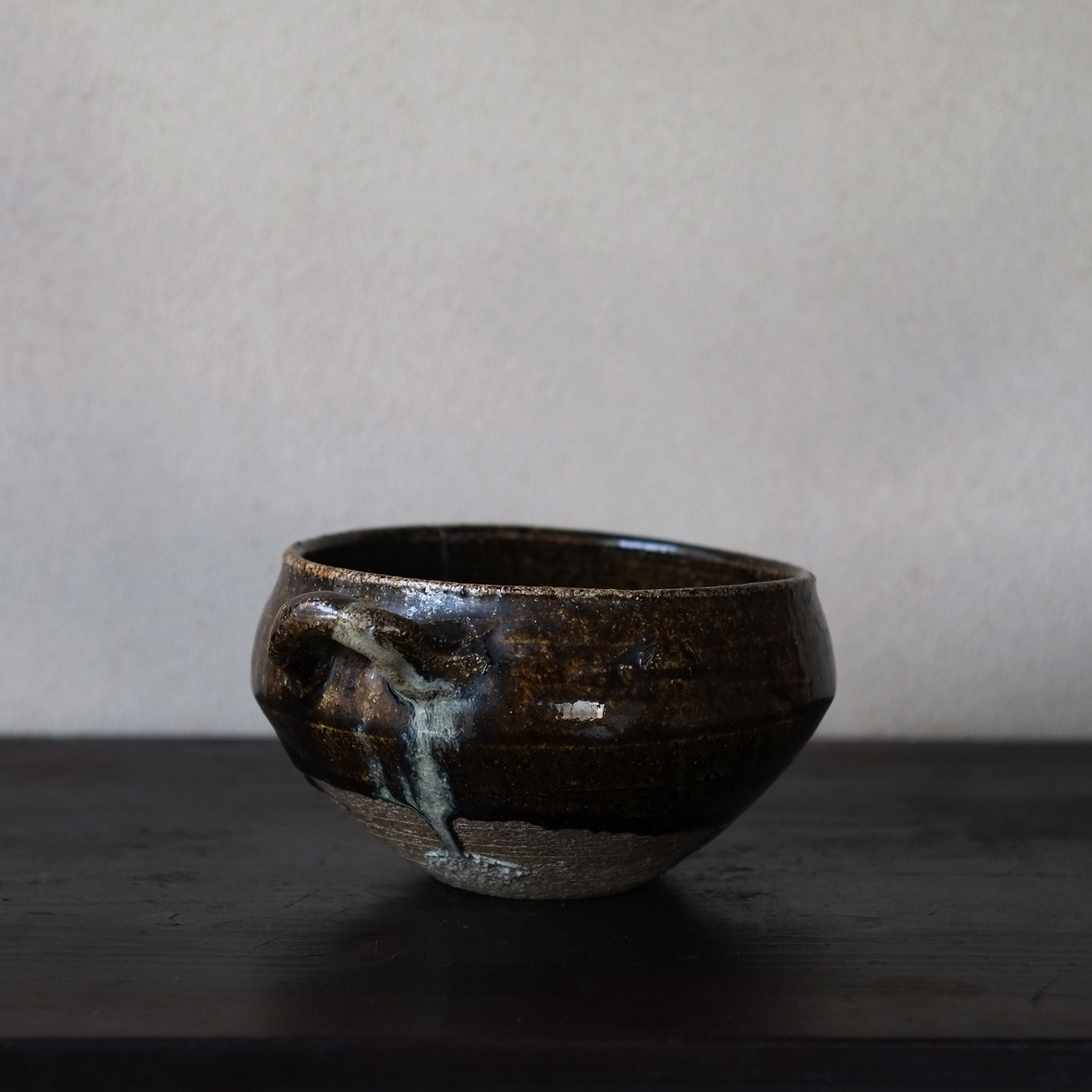 A one handled bowl fired in Hoeryong, North Hamgyong Province, North Korea. It indicates the origin of the stereaked straw ash glaze, which is often used in Japanese Karatsu ware and other folk art pottery.

North Hamgyong Province belonged to Goguryeo in ancient times. After the fall of Goguryeo, it belonged to Balhae (698-926), which was founded by the descendant of Goguryeo, and then to Jin, the dynasty of the Jurchen people. The Jin dynasty, which invaded the Northern Song Dynasty, dominated the Yu the Great region of Henan Province, China, where the Jun ware was located, but when its power began to decline, the potters of the Jun ware were forced to relocate to Heilongjiang Province where the Jin dynasty is based. And in the 12th century, one of the places the potters chose to make the pottery for the Jin dynasty was Hoeryong, North Hamgyong Province.

After the collapse of the dynasty, this bowl was fired in Hoeryong kiln, where it was used to fire daily tableware. This type of bowl was often used for decocting herbs by using the handle, so the bottom is often charred, but this piece does not have the traces that had been fired many times.

The glaze accumulated at the inside the bowl is probably due to the kiln structure of Hoeryong. It shows a beautiful bluish natural alteration, as if the muddy stream of the souls of the potters who flowed from the Chinese Jun ware through Hoeryong to the Japanese folk art pottery appears on the surface as a galaxy.

There are some kiln scratches and some parts where the streaked glaze has peeled off, but there are no other defects and it is in excellent condition.