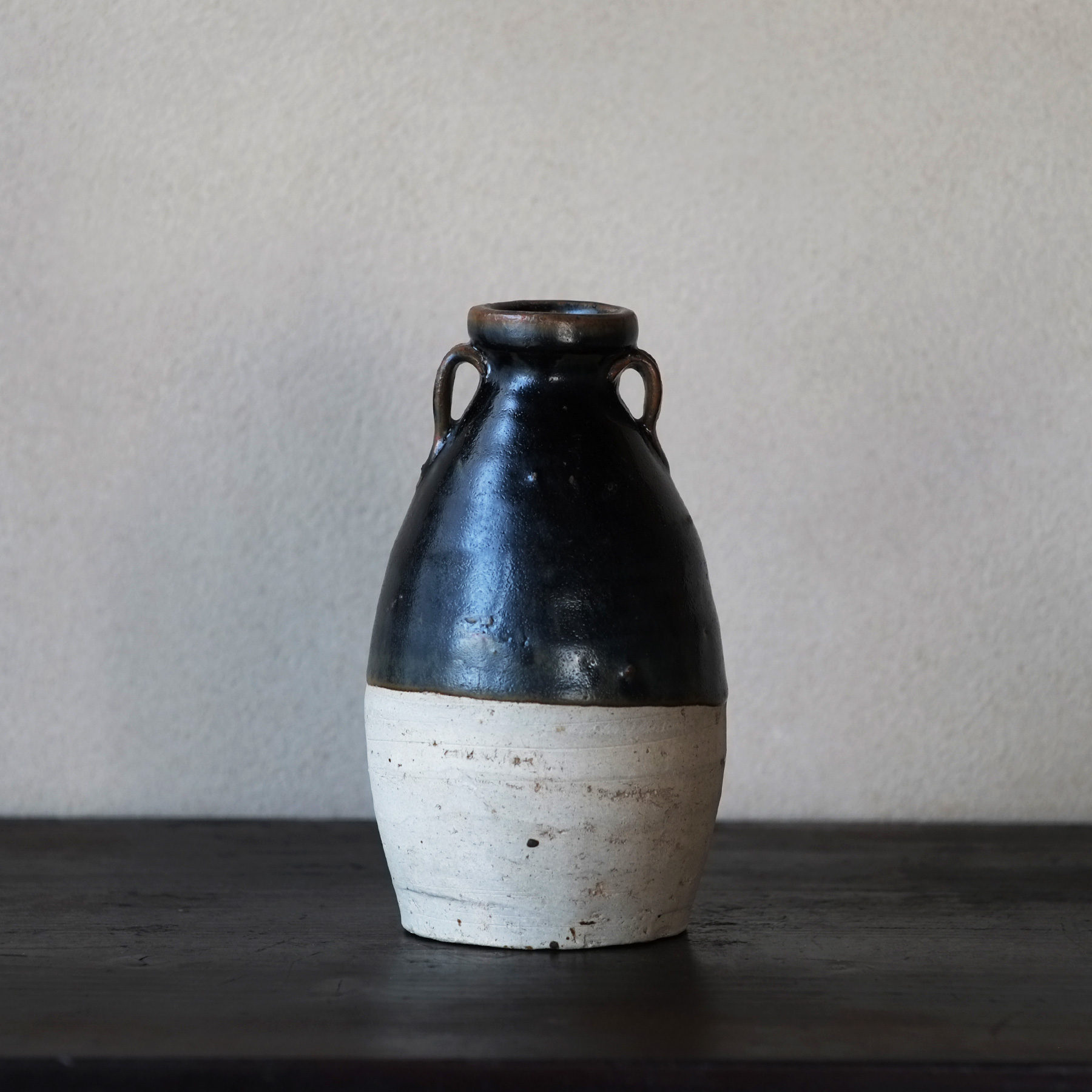 A double handled bottle fired in a Cizhou-type kiln during the Jin Dynasty. It has a bulgy long belly with a thick mouth, and a black glaze is hung on the upper half. It was probably made in the “Guantaizhen kiln” inferring from its relatively elaborate ears shape and foot carving.

The Jurchen people assimilated the Han Chinese culture and progressed the farming, but in the cold region of Manchuria, it was not suitable for tea cultivation, and the tea culture did not take root. On the other hand, alcohol was indispensable to warm the body and for nutritive analeptic in daily life with various kinds of liqueurs they produced such as spirits, yellow wines, and their famous pine root wine.

It is concluded that this bottle was probably used as a wine bottle as well, accordingly pear-shaped bottles drawn with the name of Jiuguan (drinking place) and maker’s name as well as some poems, were excavated. And also, it has the oval shaped rim which may be designed for the ease of pouring.

Since it is an excavated piece, there is slight dirt adhesion, a tiny unglazed part on the rim and minor chips on the foot, but the condition is very good without water leakage.