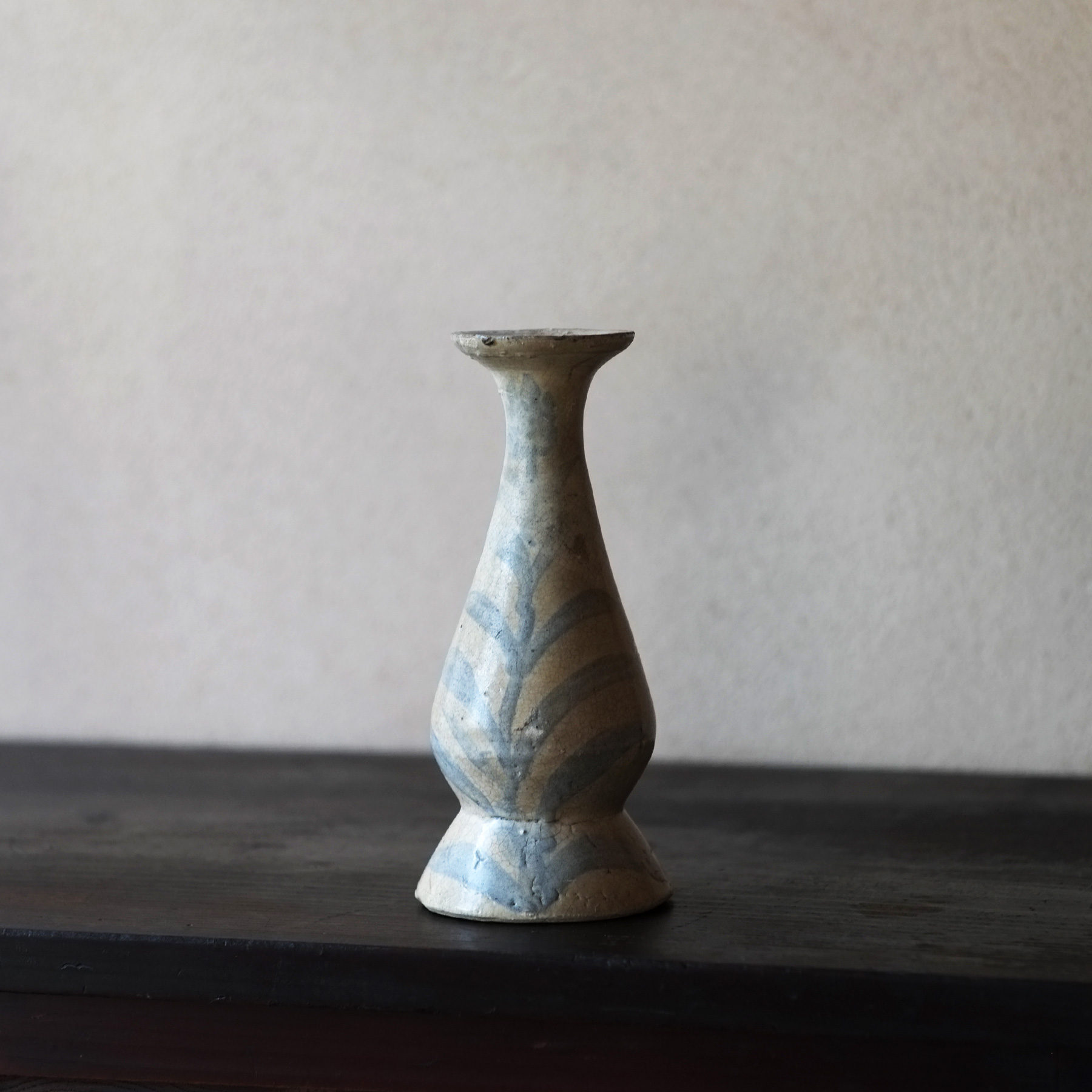 This Ryukyuan sake bottle was made around the time of the forced assimilation of Okinawa into Japan. Originally, such “Binshi ” (this kind of bottles in Okinawan language) were used as a pair during “Ugan” (worship), and among them, there are tin material type which are inherited by the royal family.

The history of glazed pottery in Ryukyu islands is often told with the invitation of Korean potters in the 17th century. In fact, this bottle’s long foot, sharply curved neck and opened rim like petals, feature the affinity with Korean ceramics rather than mainland Japan nor China. The bottles shape may have been created by the intersection of Korean pottery and Ryukyuan rituals.
It is also probable that the tin-made “Binshi” was ordered the royals by the Ryukyuan monarchy from China, because the land was poor in metal and they had been in a tributary system. The aforementioned views are only speculative, but it can be said that it is a fructification popularized design in which acculturation of multiple cross culture and local beliefs rooted in deep, through after the time of Ryukyuan royal ritual using imported exclusive products that was carried out in the medieval Ryukyu era (12C – early 17C).

A vanishing single flower painting,
Emerging its own voice in the fragility and strength.
There are no notable defects and the condition is good.