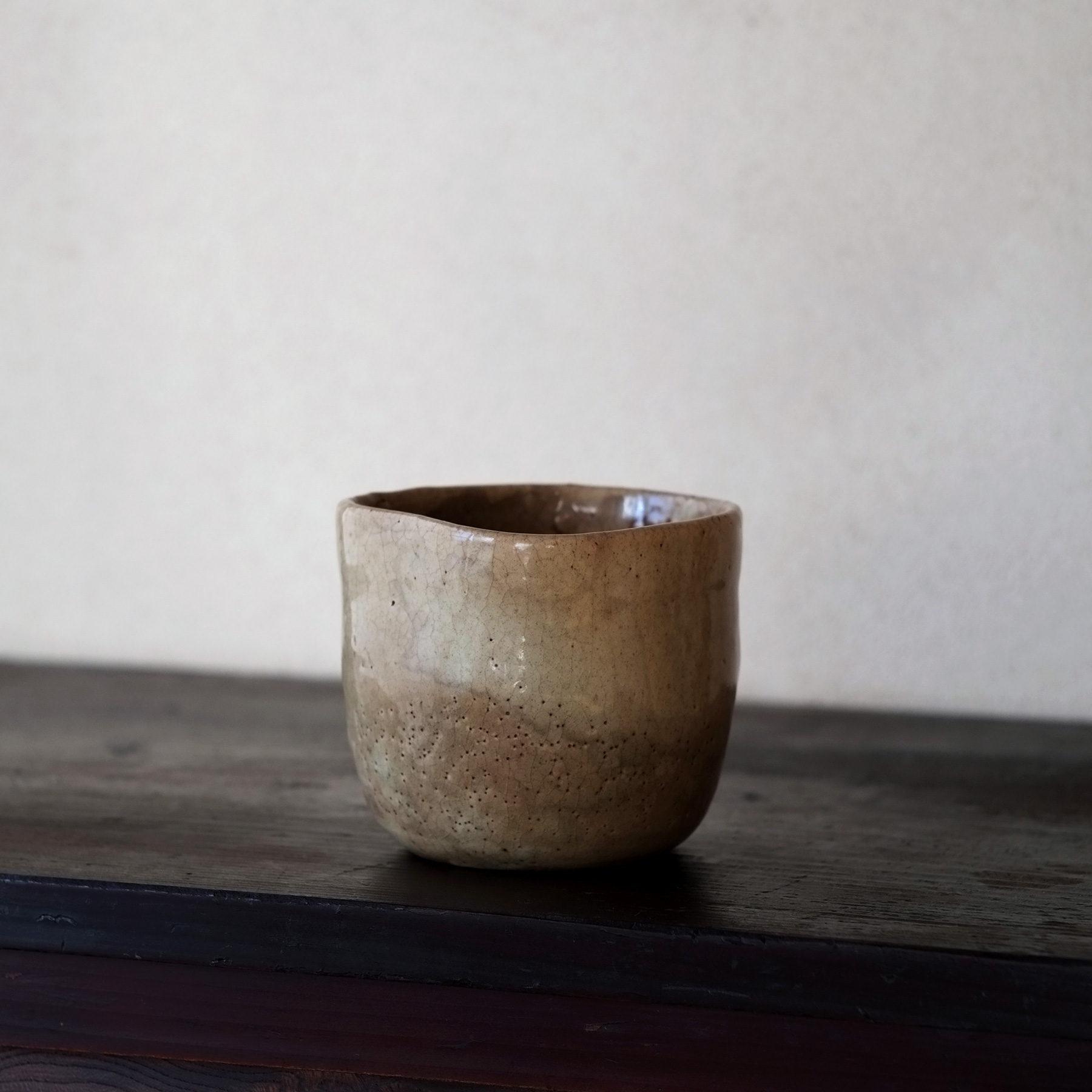 A cylindrical tea bowl probably fired in Gimhae in the early half of the Joseon dynasty. The “Amamori” (literally rain leaks, the bowl was fired softer so that water seeped into the body and shows the rain leaking landscape on the wall) on the soft white porcelain reminiscent of Kohiki type, and the whole is covered with the dence crackle glazes.

Before the opening of the Waegwan kiln (Japanese ruled kiln in Busan since 1639) , Oribe-style tea bowls such as the Goshomaru Ware were ordered by Japanese in Gimhae. They used the semi-porcelain clay that was the common clay in the peninsula. This bowl also has the intentionally distorted wall, it is presumed that it was made by the order of a Japanese tea master.

Even under the rupture of diplomatic relations between Japan and Korea after Japanese invasion of Korea(1592–1598), it could be said the fact that the production and trade of tea bowls between two countries via the Tsushima feudal clan had been continued, is because no other than the obsession of the tea masters who were fascinated by the Korean tea bowls.

It has been used in the tea ceremony for many years, and tea astringency can be seen inside the bowl. There are no notable defects and the condition is good.