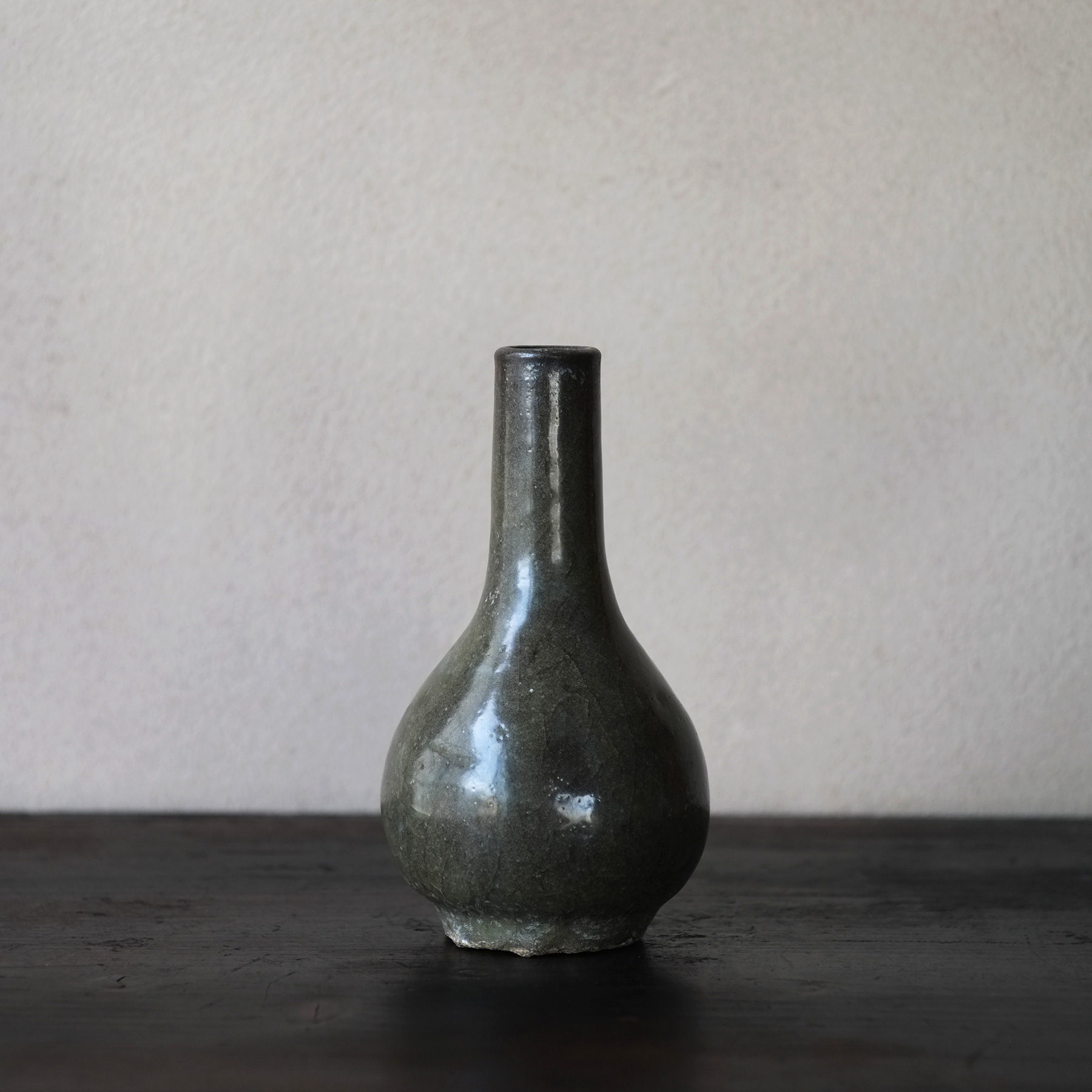 A turnip-shaped vase made in Kyongsong or Myongchon-Hoeryong kiln, North Hamgyong Province. The appearance of straw ash spots on the thick dark green glaze resembles that of Ao-Karatsu.

It can be deduced from the applying the glaze entirely, it is probably the work after the middle of the Joseon dynasty. The Southern Song dynasty style crane neck, that rises vertically from the rounded body, was used retrospectively in the Qing dynasty at that time. From that reason, it can be seen that the Joseon dynasty, which was confronting the Manchu people, was gradually strengthening its exchanges with the Qing dynasty.

There might be a few hairlines mixing in the crackle glaze, but there are no cracks or chips, and no water leaks. The heavy and dense atmosphere of this vase would further enhance the spring wildflowers.