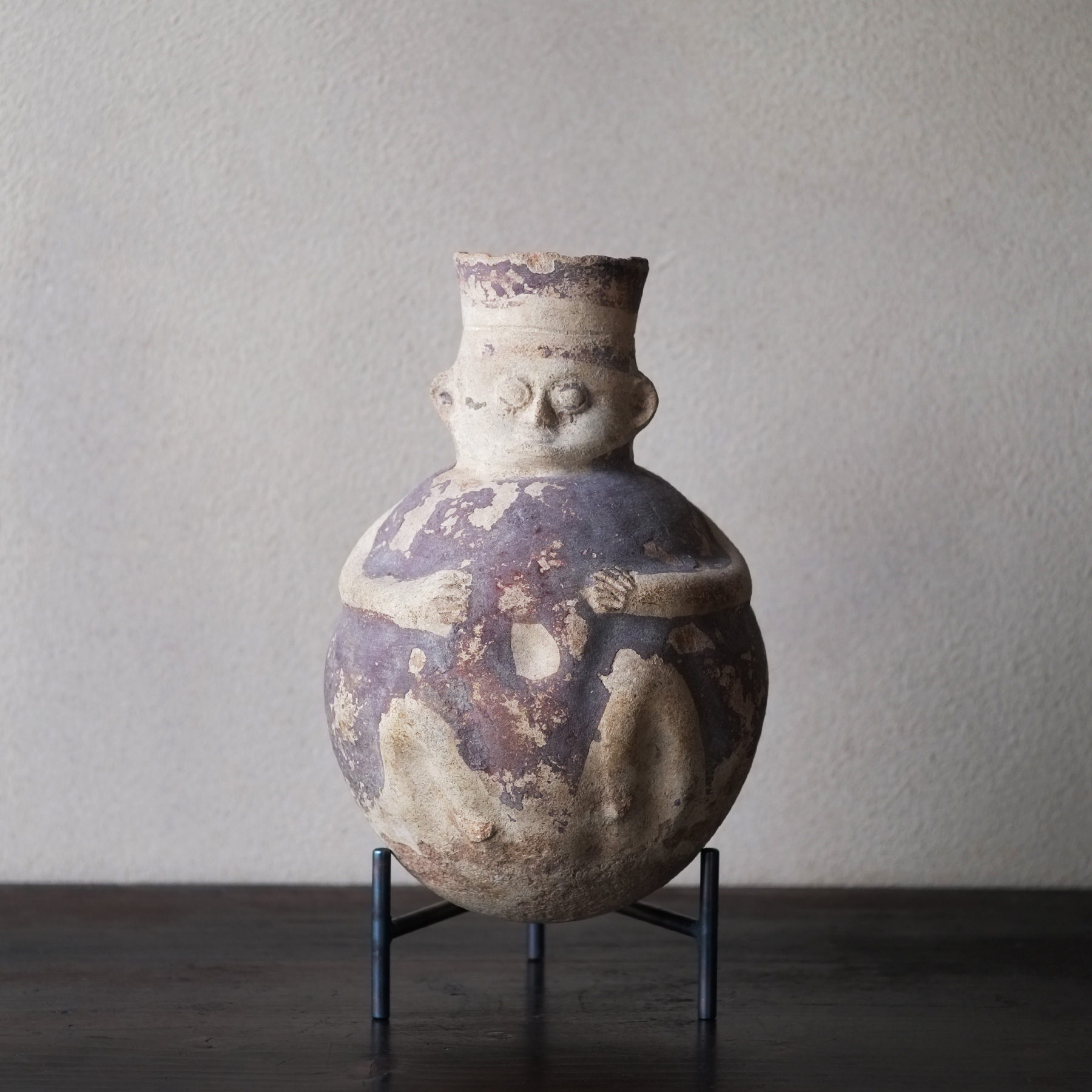 A figure-shaped earthenware excavated in the central coastal desert region, about 70 km north of Lima, the capital of Peru. The costume and ornaments are painted on the white slip hand-molded body, and it has a hundle on the back side.

The Chancay culture, which flourished during the Pre-Inca period, is known for its distinctive design of pottery and sophisticated textiles. Such as guardian figures called cuchimilco, and human to animal-shaped pottery, which were made mainly as burial accessories, which each pieces has a different expression and ornamentation.

The figure holding a cup of “chicha”, a ritual fermented wine, in the middle of the palms is said to be a representation of a governer, but this piece looks more like a pregnant woman caring for her fetus. This piece represent the free modeling and and rich iconographic expression of the ancient Andes where not only the technique of potter’s wheel molding, but also non script culture.

The bottom is not flat, so the jar cannot stand on its own. The entire body is chipped and aged, but there is no major damage.