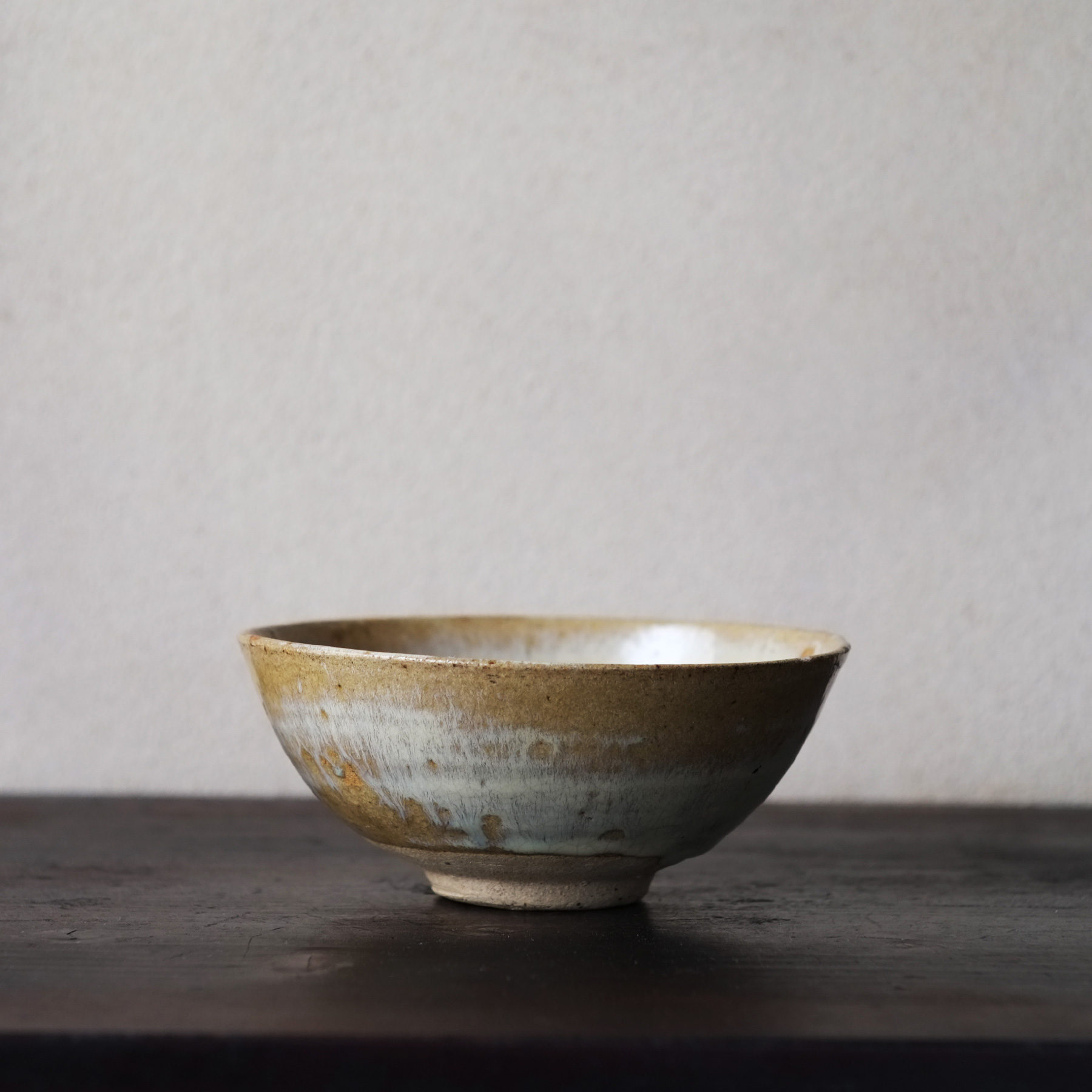 A bowl fired in the Huaning kiln in Yunnan province during the Qing dynasty. This kind of bowl is thought to be used as tableware in the area, and it is applied an opaque glaze that is similar to the Yixing kiln in Jiangsu province and the Shiwan kiln in Guangdong province.

In Yunnan, where the ceramic technique was transmitted from Jingdezhen, the blue-and-white had already been produced in the Yuan dynasty. It is said that the folk-taste design using locally produced cobalt was influential on the Vietnamese blue-and-white, but it has been declining since the Ming dynasty when a large amount of Jingdezhen porcelain flowed in.

This bowl was crafted in the Huaning kiln, which abandoned the production of blue-and-white and found a way in the Jun ware kinds. The bluish glassy straw-ash glaze was not only beautiful but also practical, and it became widespread in the lives of the people of Yunnan. It can be said that it is another form of Mingei pottery that traces a different genealogy from Hoeryong and Karatsu, which also originated in Jun ware.

Except for scratches and unglazed spots during the kiln process, the condition is extremely good. The discreet yet rich colours will play an active role in a wide range of dishes, from tableware to teaware.