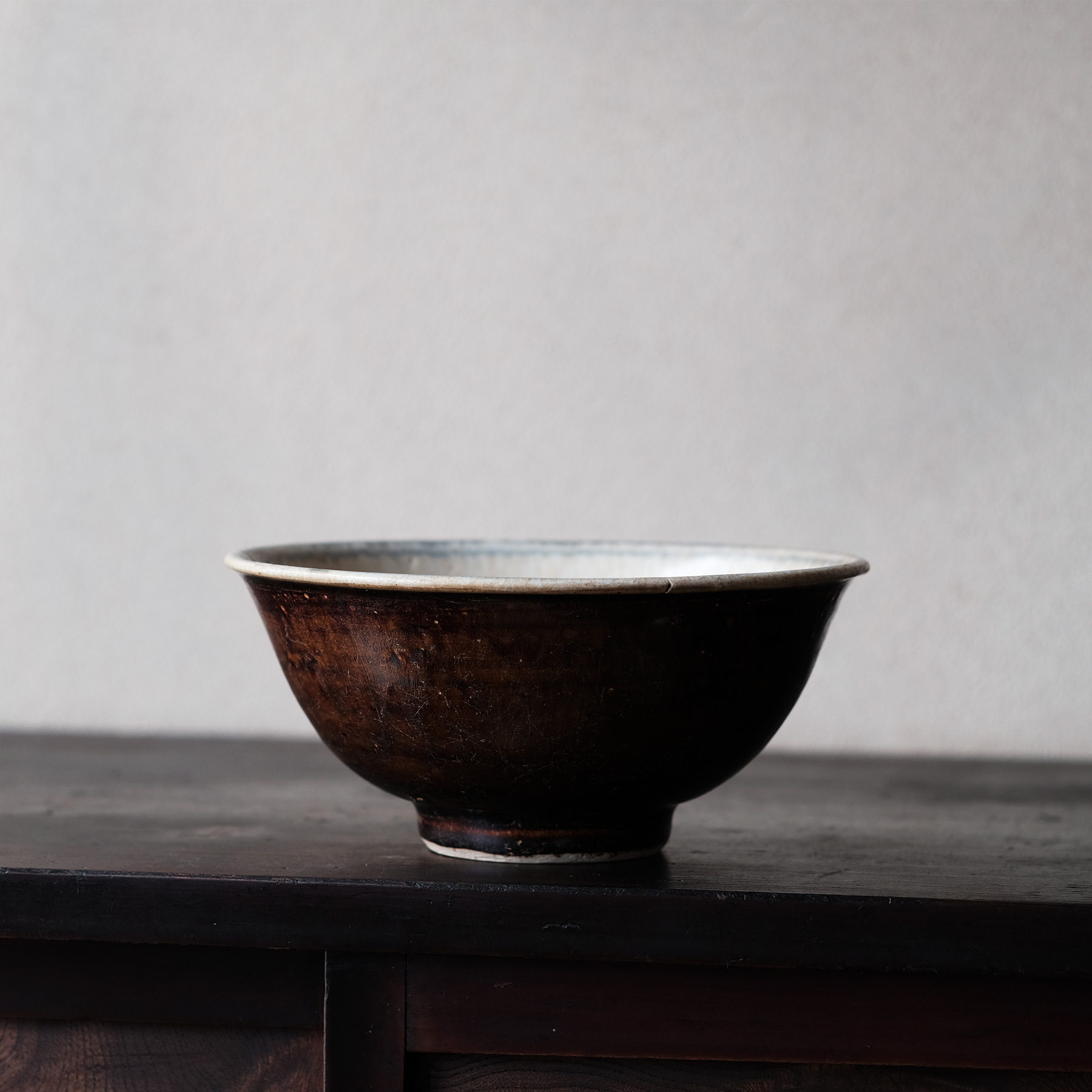 A teabowl fired in the Later Lê dynasty in Đại Việt (current northern Vietnam). The interior is decorated with ring lines in underglaze blue on white slip and brown glazed on the exterior.

This piece has a unique combination of two significant designs derived from Chinese ceramics, Tenmoku and Blue and White. It is presumable that there are similar examples found in Hizen porcelain in the early period (Early Imari ware) that may have been influenced by this type of tea bowl exported to Japan. An attractive teabowl, not only the colour scheme but the textures and kiln effects are contrasted on the soft interior and solid exterior.

A minor cut occurred during the kiln process and a little less than 1 cm bird’s foot-like glazing hairline on the lip. Good condition with no other noticeable defects. It comes with a box.