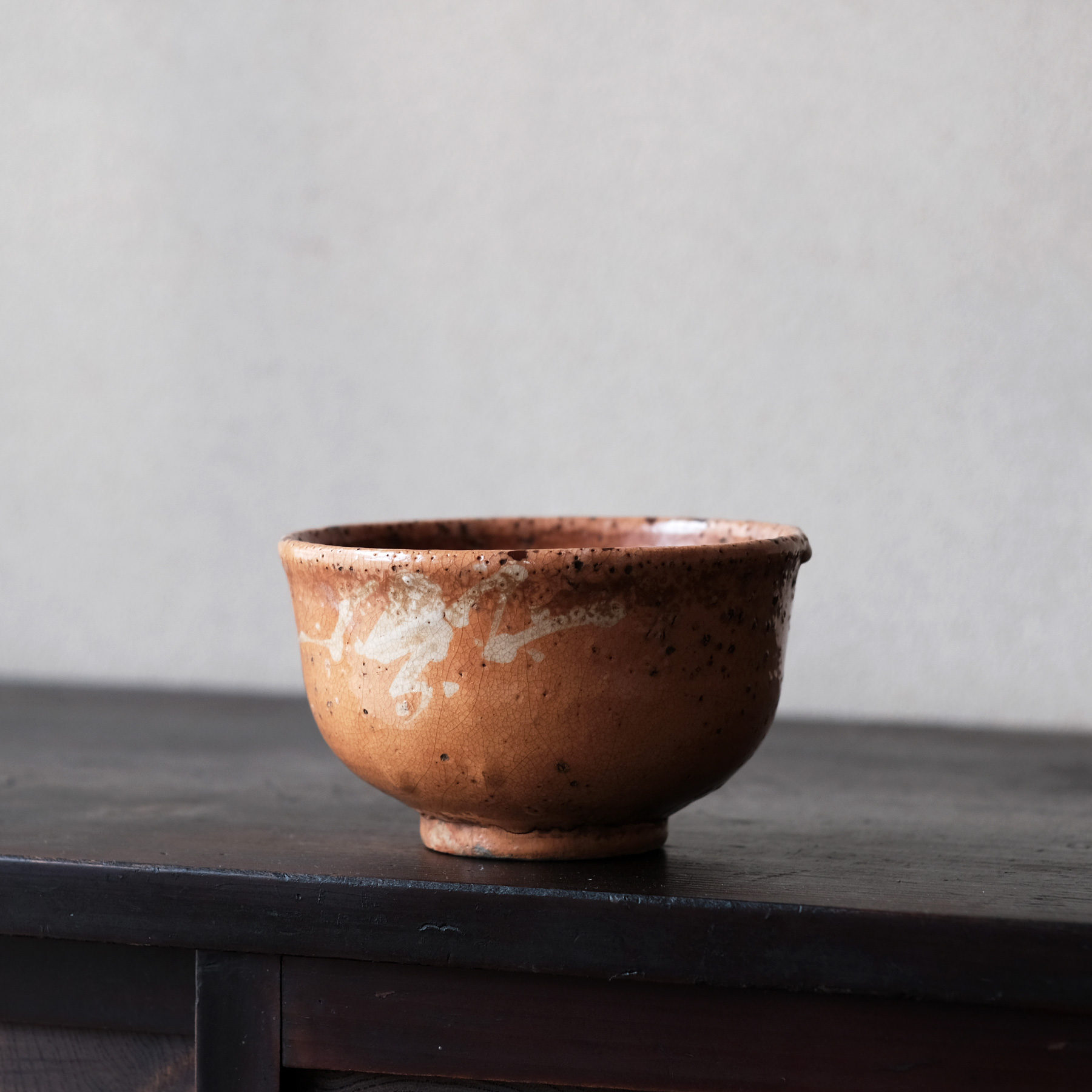 A teabowl fired in Mino in the late Edo period. A rare example of an abstract pattern painted with white slip over Aka-raku glaze (red slip) covered entirely with transparent glaze.

The attached letter says “made before the Genroku era” and notes similarities to Oribe ware, but we suggest that it is from the 19th century, around the same time as the Mugiwarade. However, it has some considerably quaint features, such as potters finger marks and glaze texture. An extremely rare piece with a tasteful inherited texture, giving an impression of fresh fruit that has begun to ripen.

The Kintsugi repairs on the lip have peeled gold off over time, and the lacquer surface is exposed. Good condition with no other noticeable defects. It comes with a box.