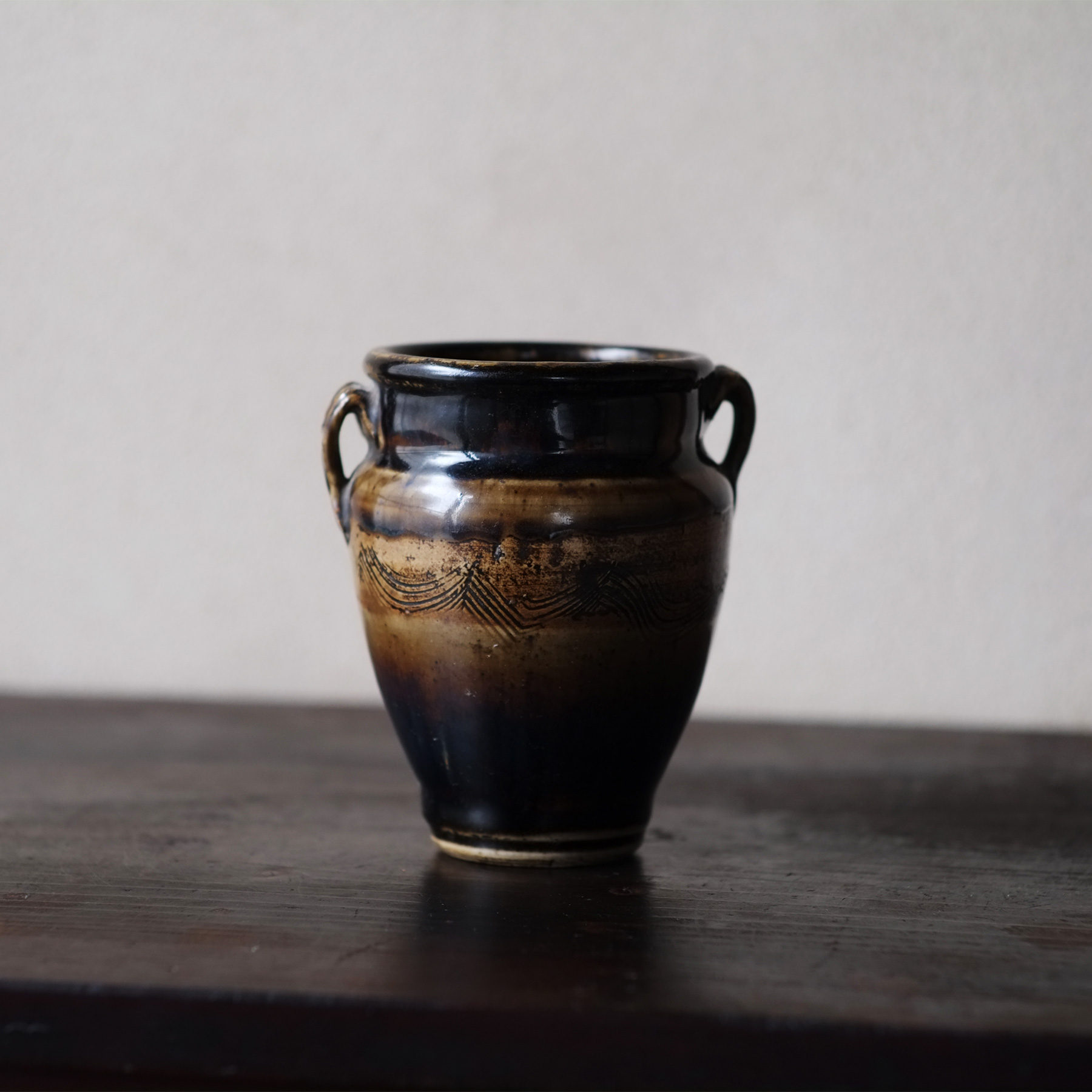 A double handled jar made in Lingwu Prefecture, the central part of the present Ningxia Autonomous Region. That area was under the Xi Xia (Western Xia) dynasty, which existed in Xiaozhou (the Ordos region located on the border between the present Inner Mongolia Autonomous Region and Shaanxi Province) around the same time as the Song Dynasty. The body is covered with layered yellow glaze and black glaze, and water ripples patterns are circulated on slightly below the shoulders.

Xi Xia (1038-1227), which is dominated by the Tangut people, has formed a culture different from the Han Chinese, such as the establishment of its own era name and Tangut script, and this is also featured in ceramics. This jar was probably made during 70 years of the turbulent period, from the  repeated invasions by the Mongol Empire early 1200s, and then the extinction of Xi Xia  dynasty in 1227, until establishment of the Yuan Dynasty in 1271. The design of the water ripples is reminiscent of Hellenistic Amphoriskos, although of different times, however reminds us of the western influence of this region, which was an oasis on the Silk Road, and it seems that it was visualized the horizon which sways beyond the deserts and steppes where they live.

Lingwu kiln, it was  shadowy until the excavation of the kiln sites in the 1980s. The researches show that this site produced several types of glazed wares, including ceramics with white, black, brown, and celadon glazes. The shards also reveal the stylistic influence of Cizhou kilns on potters at Lingwu, for instance the use of white slip on buff-coloured body and the employment of sgraffiato, carved, and incised decorative techniques. However, there are also many items that are indispensable for nomadic life, such as handled jars and flasks. There must be some works generally called Cizhou ware, which were made in the Lingwu and the surrounding kilns, so that further research and valuation are expected in the future.

It can be regarded as a handed down and beloved piece since it was excavated. Almost none of the damage and the condition is extremely good.