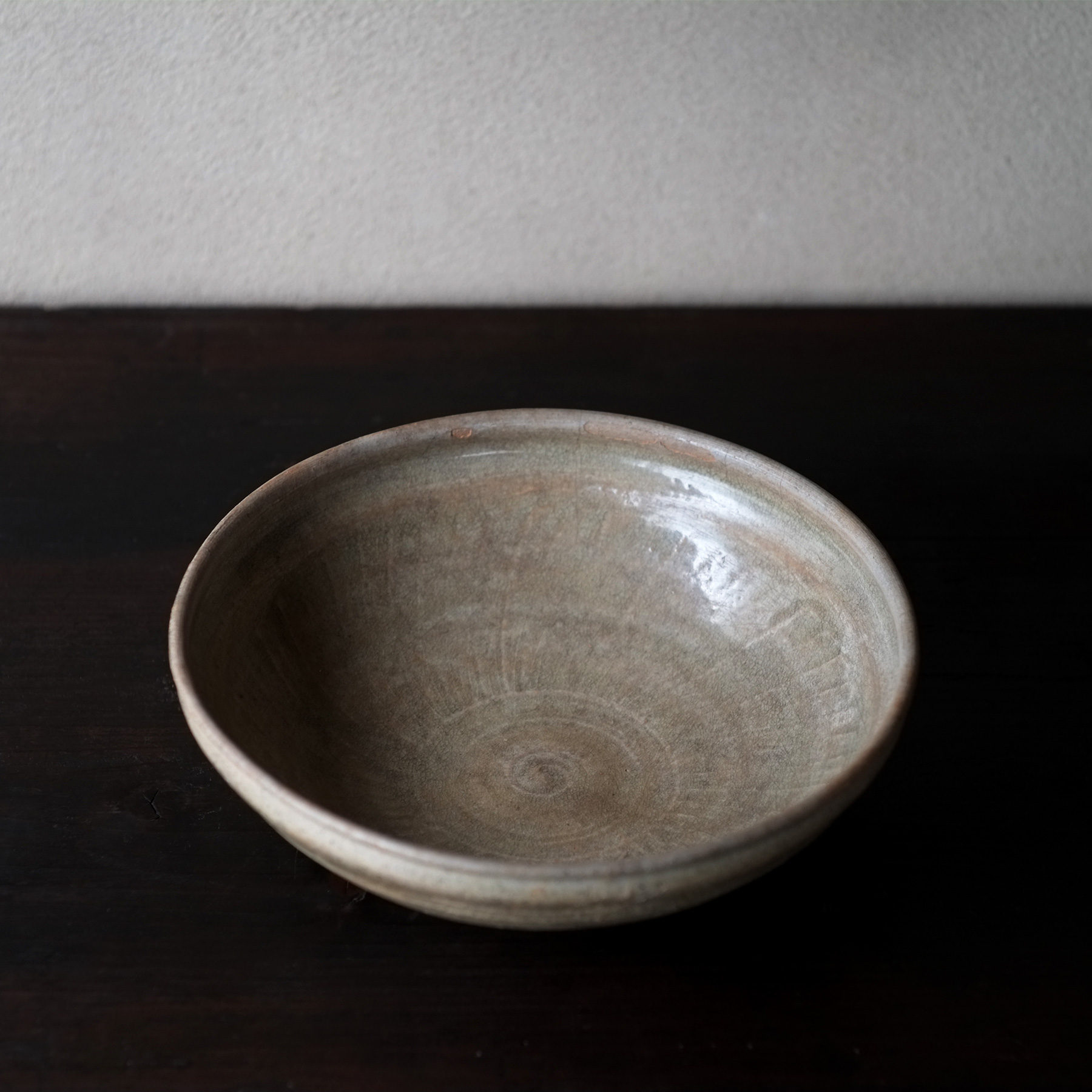 An ash glazed bowl with a thin body and a hazy radial stripe pattern. It was baked in a Sankanpen kiln located in the east of Chiang Mai in Northern Thailand.

The work of the San Kamphaeng kiln is said to have met the demand of the Lanna Kingdom (Lao people). Given that Lanna has risen around where is today’s Luang Prabang, Laos, and has expanded its territory to Chiang Mai, it is highly deduced that San Kamphaeng ware has inherited the ancient Laotian pottery technique. That is probably why the style is so different from the Sukhothai kiln and Sawankhalok kiln in central Thailand.

However, it has characteristics very similar to the works of Mon people, who had founded Hariphunchai (8-13C), that were baked in the early Sawankhalok. This fact reveals that the Khmer porcelain technique was also transmitted to San Kamphaeng. And although it can be said that they are in different genealogy, they are both under the influence of the Khmer ceramic brought by the Mon people.

Three lines and glaze peeling can be seen, but the condition is generally good.