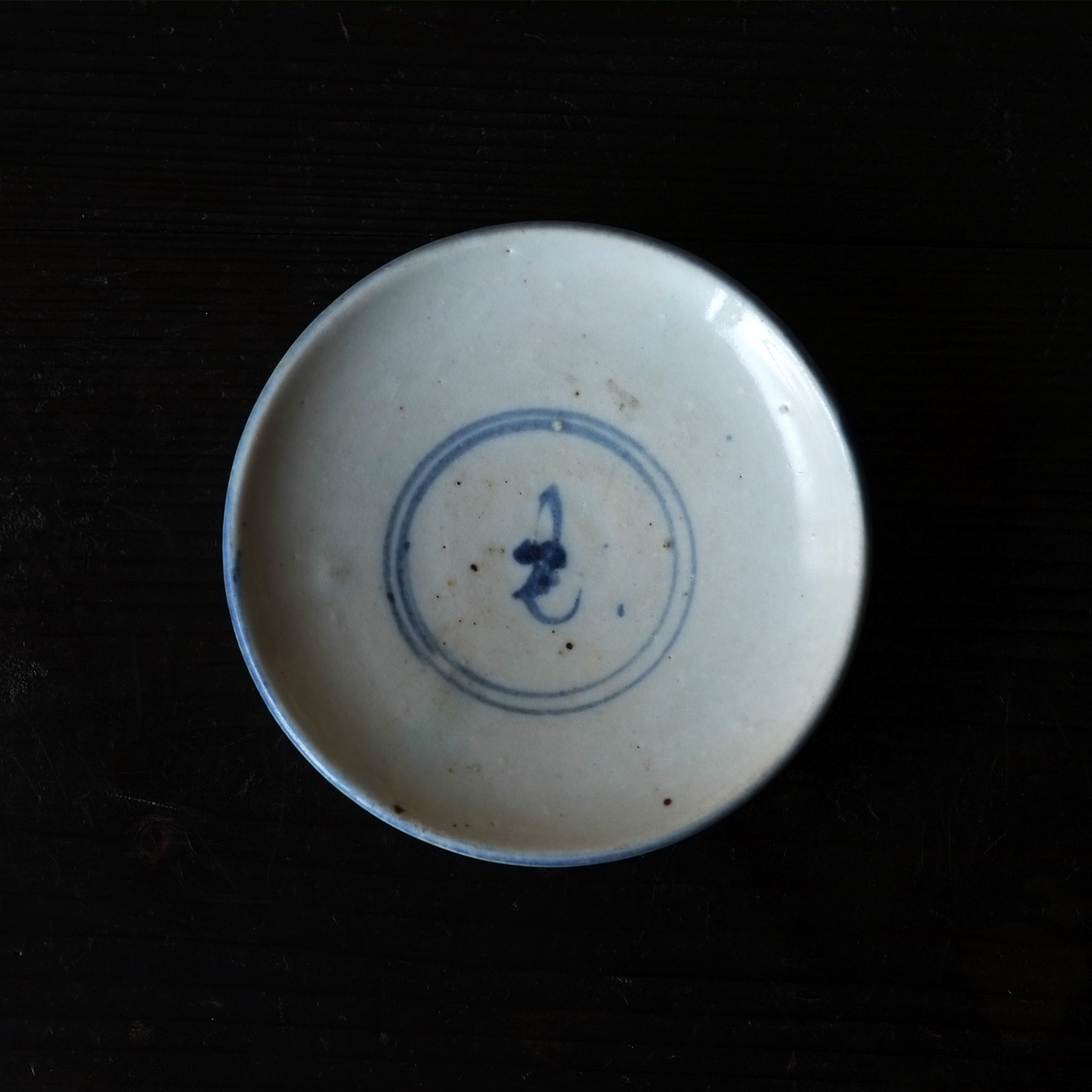 A blue and white small dish from late Joseon dynasty. The solid thickness of the item, milky white porcelain, deeply sunk base characterize the works of Bunwon-ri kiln. Since zaffer is still relatively pale, it is presumed that it was made right after the official kiln was relocated from Kimsa-ri kiln.

The showy design on the back tells the times of when painting production was expanding, but on the surface the conventional modest style is firmly adhered, so that feels more like Confucianism spirit at that time is exuded. This nuanced painting balance, which is presumably a reflection of those days, when religious style and production environment is shifting and its conflict, is not seen in Chinese or Japanese works in the same East Asia.

None of damage and well conditioned except natural alteration during the kiln process.