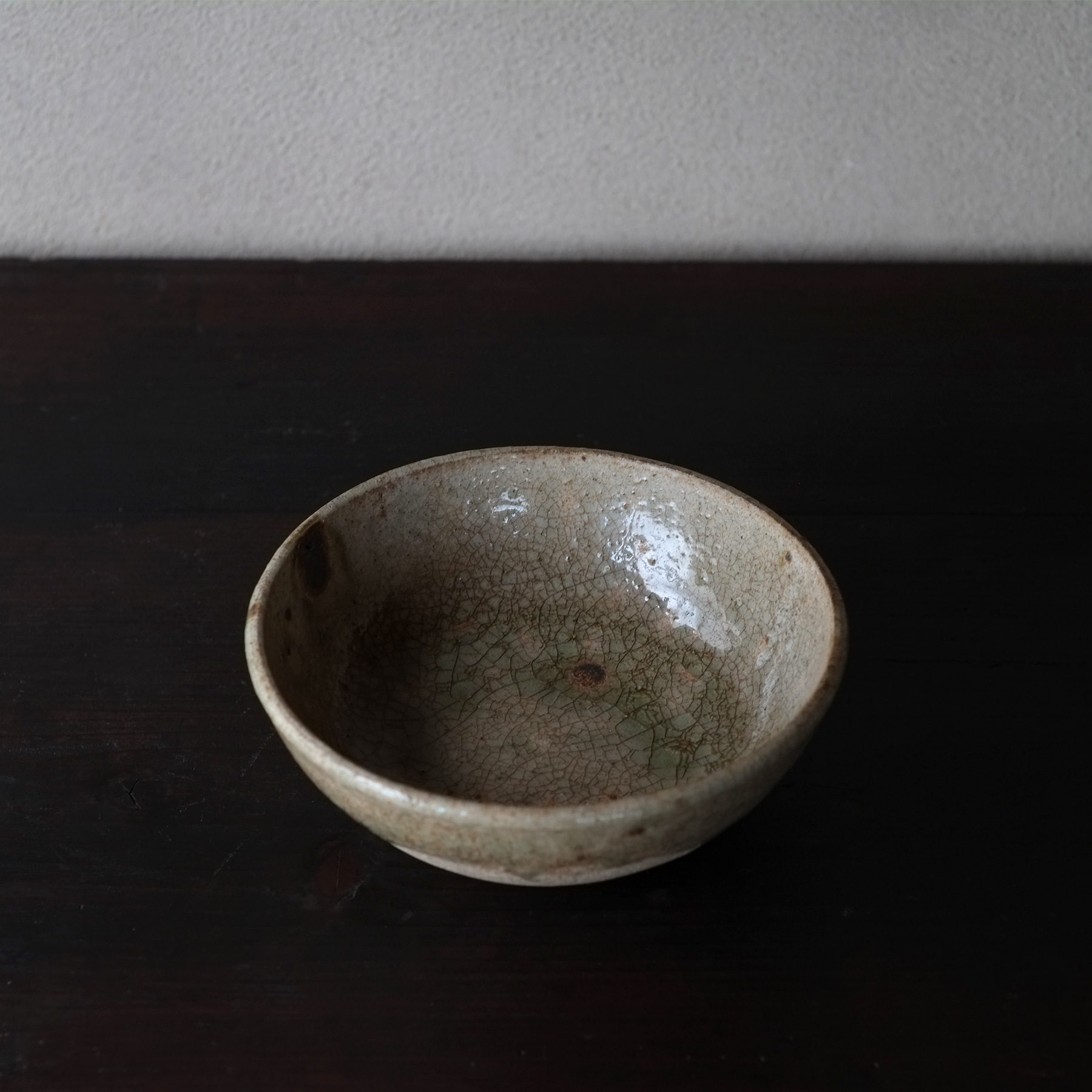 A pottery bowl found from the lower layer of an ancient kiln in Thailand. It was probably fired around the 12th to 13th centuries on the eve of the devastation of the Mon people, who have lived in Southeast Asia since ancient times, until the Thai people that have moved south from Yunnan, China. There is a part that leads to Khmer pottery, indicating that the Mon people had mastered pottery making techniques in the land of Khmer.

The Sawankhalok ware was created by the Thai people, who inherited the kiln which is made by Mon people, in exchange with the Yuan dynasty of China. Derived from Khmer pottery and the archetype of Sawankhalok ware, this bowl vaguely reveals the correlation of Southeast Asian ceramics.

No notable defects other than the natural alteration during the kiln process, and the condition is good.