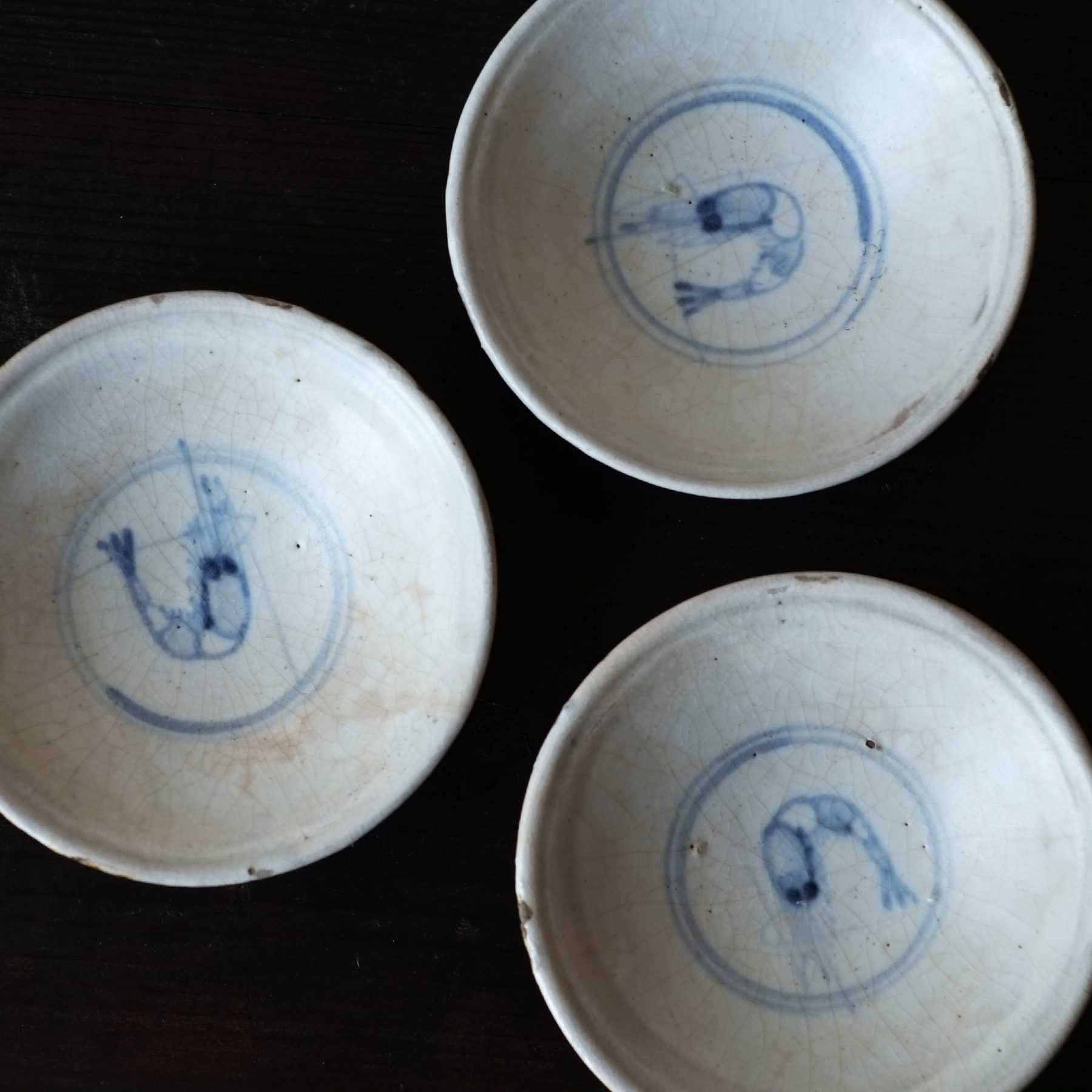 Kosobe ware Ebi-sara (shrimp plates) made from the end of the Edo period to the early Meiji period. The surface is covered with white slip and the back is covered with iron glaze, which are reminiscent of the French Cul noir plates. The kiln mark tells it was made by Shinpei, the third in descent of the Igarashi family, who most activize the Kosobe ware.

The kiln was opened by Shinpei Igarashi in the late Edo period, in Kosobe, Takatsuki City, Osaka Prefecture, as a local kiln without the assistance of the clan. It produced the various works from tablewares to the reproduction of the renowned tea wares, but as its witty and relaxed style has an unique position among the other local kiln’s works in Japan at the same period.

Thus this Shrimp Plates and Tamba ware Ebi-Tokkuri (shrimp sake bottle) enhanced the shrimp just as one of the auspicious crest to a symbolic design. As it reveals the spirit of post-Genroku culture in Kansai, which formed a chic urbane culture at that time.

Three of them have minor glaze flakings on the rim and the alteration during firing can be seen, but the condition is generally good as it seems to be carefully used. It can also be suitable for sake cups because of its depth.