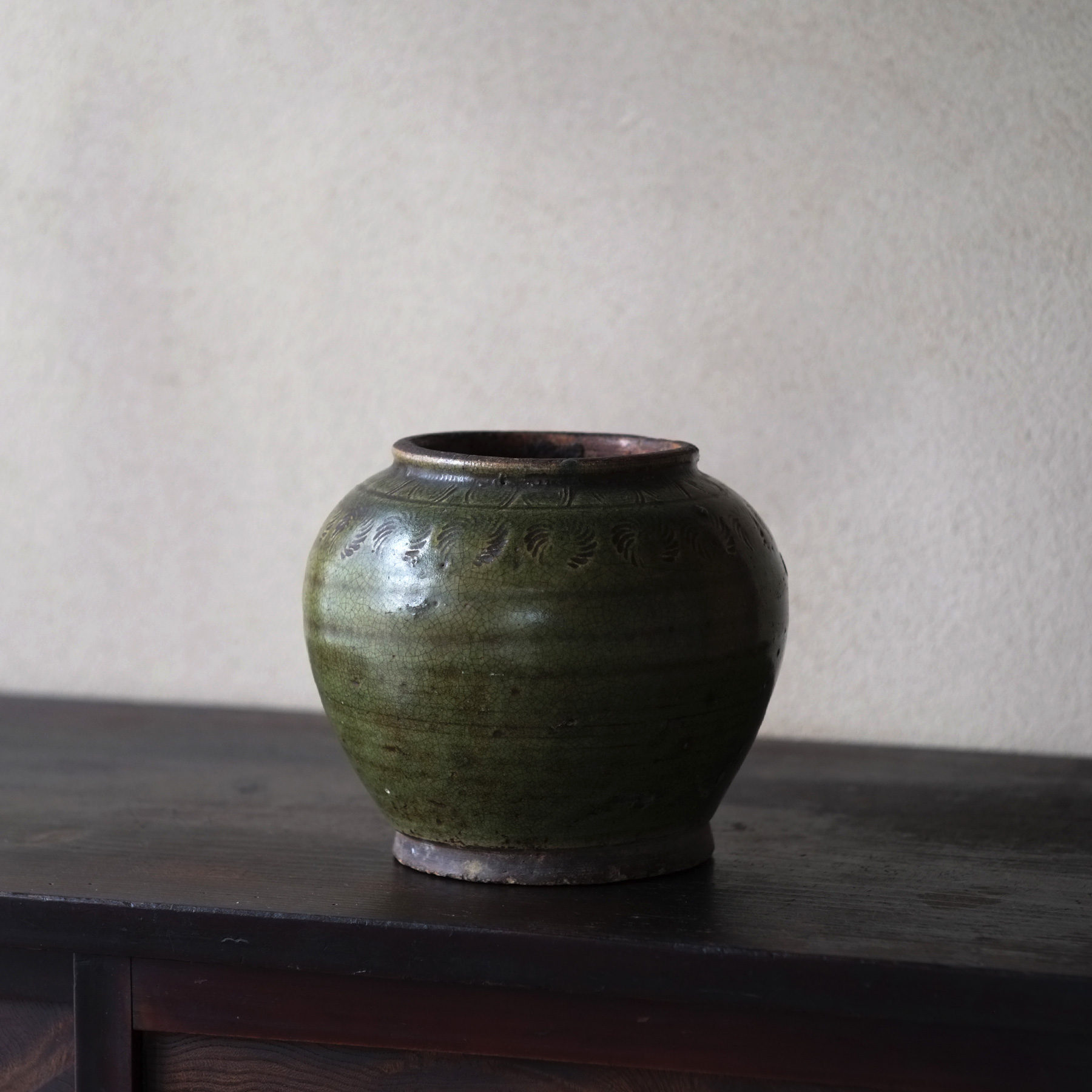 A green glazed jar fired in the Seto in the middle of the Edo period. This type of jar used to be called “Luzu” ( the word comes from Luzon island in Philippines, which was the symbolic term for exsotic mood ) , it was popular among the wealthy people at the time. Likewise Oribe ware, the roots of the design can be traced to the Cochin three-color glaze ware in South China, and it is no wonder that it is now called “Luzhu Oribe”.

It is highly possible that this small jar has black-brown trace inside that conveys it was used as a “Ohaguro” Teeth Lacquering container. Ohaguro culture also originated in South China and Southeast Asia. It is a small jar that reveals the customs of Japan, which was the end point of various cultures in the south and east part of Asia.

There are minor chips on the rim and base, but the condition is generally good.