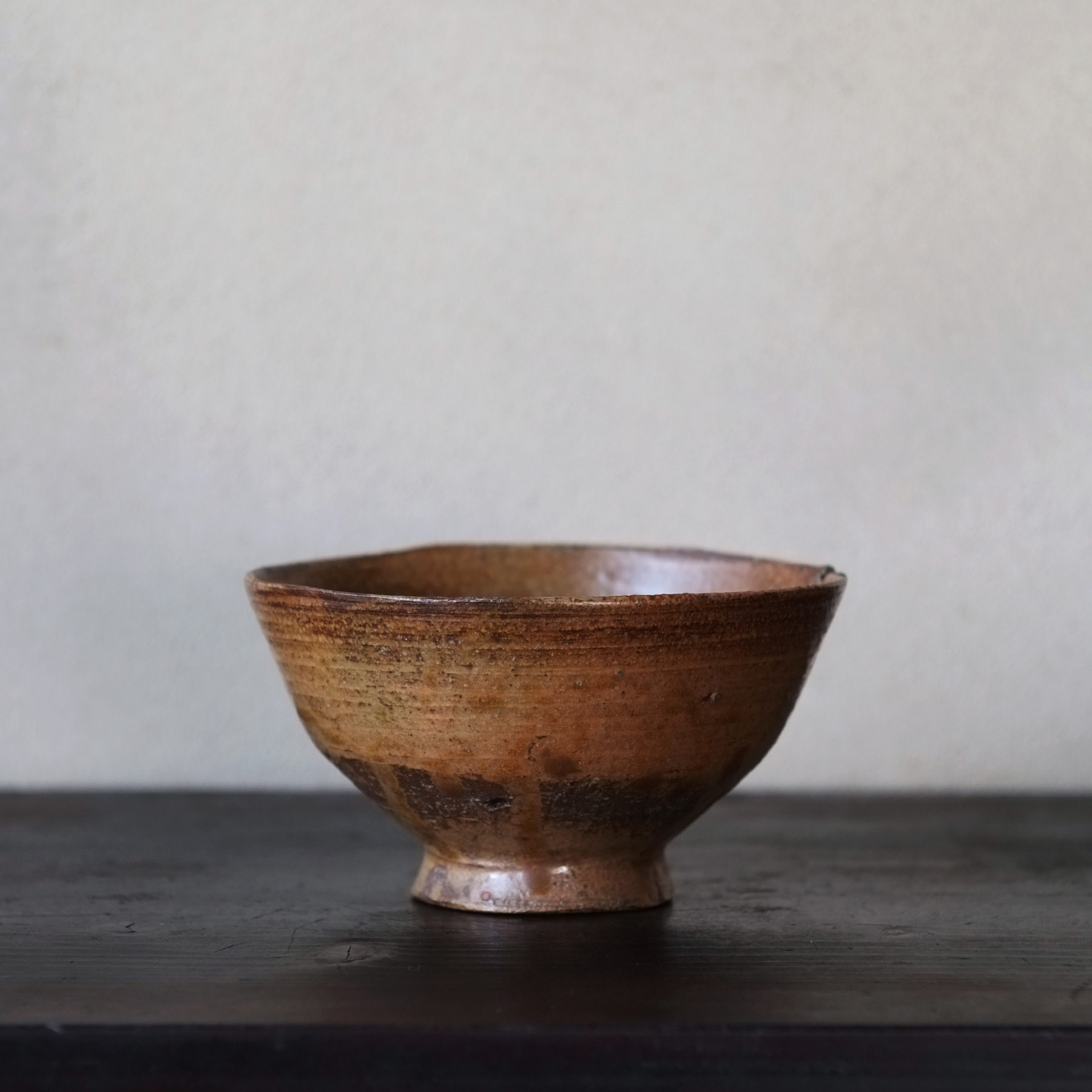 Irabo Chawan –Irabo ware tea bowl– fired in the middle of the Joseon dynasty. The reddish Irabo glaze applied entirely, and a spiral carving on inside the foot. The shape of the bowl, which is necked in the waist and has a flared foot, is similar to the type “Kakinoheta Chawan (persimmon type)”.

Because the Irabo Chawans are made based on the order from Japanese tea masters, the details are exclusively tailored to the style of tea ware. Since potsherds were excavated from the kiln sight near Busan and Yangsan (where was Japanese invested kilns are located), it can be said that it is a kind of “Gohonde Chawan” which was ordered through the Tsushima feudal clan.

In the ash glaze dripping on the wall and the clay added marks on the rim, as it conveys the original appearance of the “Korai Chawan (Korean tea bowl which is consumed in Japan) ” , before the Japanese were ordered. What could it be the prototype for the tea masters when they created the design drawing?

Unlike other Korean tea bowls, Irabo Chawan is in a very good state of preservation, probably because it was a practice that no scratches were allowed. It is housed in a black persimmon box and is named “Kirihyotyu (means, The Cutted Icicle)”.