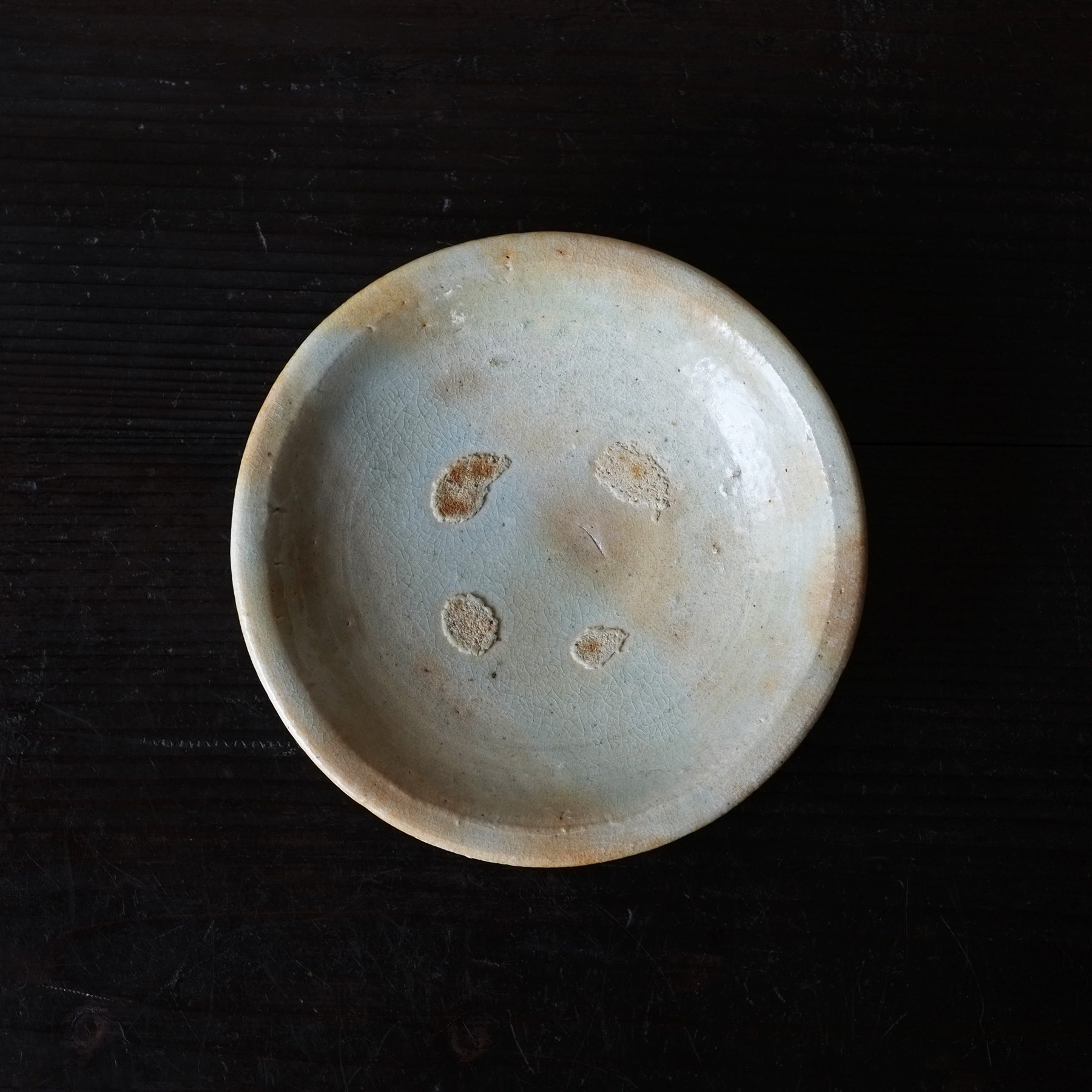 A small dish fired in the early Joseon dynasty that has a similar glaze to Chinese Qingbai ware. It is a white porcelain dish before the production of the so-called Katade-type began in earnest, and it seems that have been fired on a trial basis together with Buncheong ware such as Hakeme (brushed slip). A clear blue tint transparent glaze is applied to the well-refined high-quality white cray and the pale orange colouring that occurred under the soil are scenic.

The surface on the back is slightly aged, but the condition is generally good. Early white porcelain was only produced in some areas such as Guangzhou, so the number of production is incomparable to that of Katade-type or Buncheong ware.