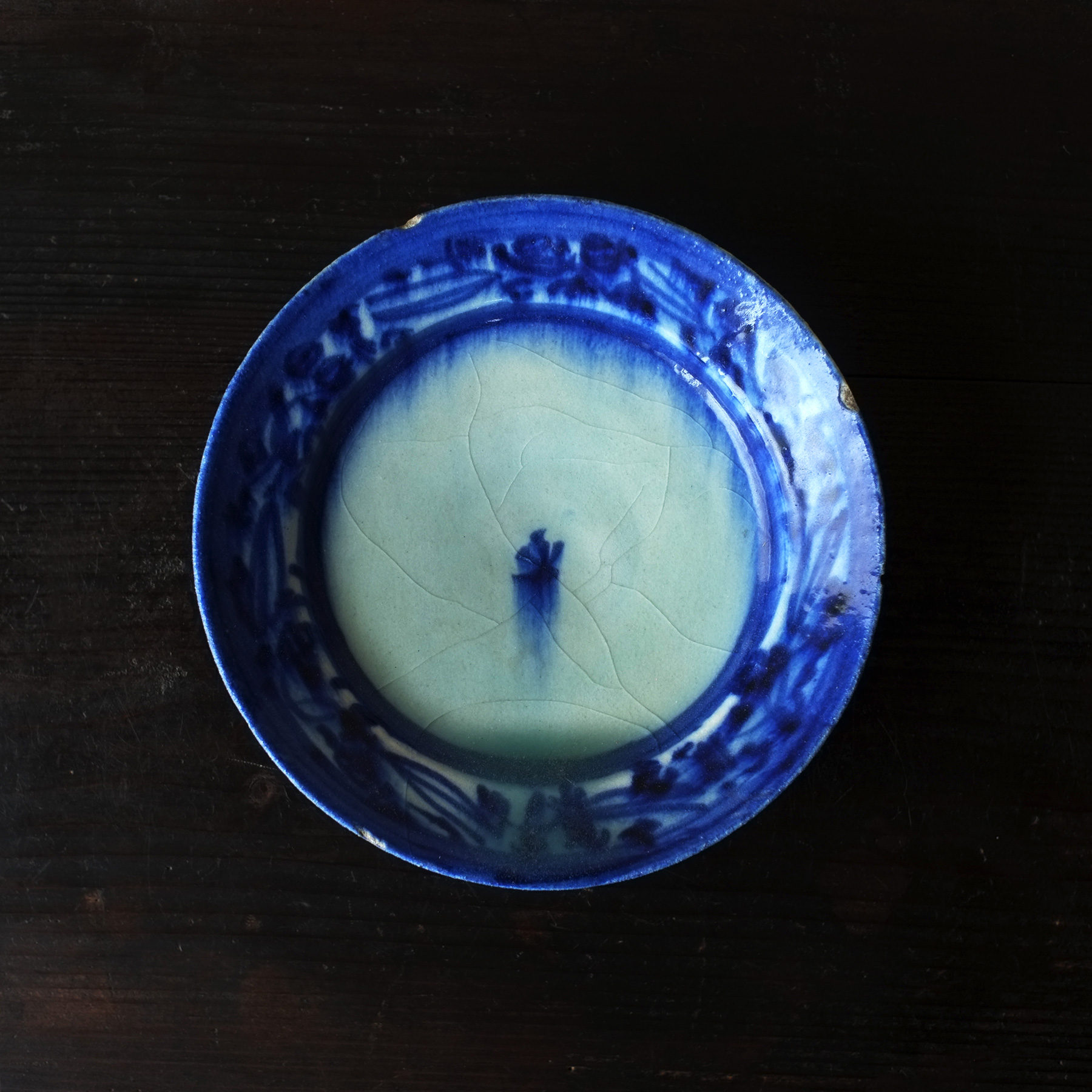 A Blue-and-White fired in the Qajar dynasty, that was established in Persia at the end of the 18th century. The engobe is applied to the siliceous cray, and a design resembles that of Imari ware in the Edo period is drawn with cobalt.

The Persian underglaze blue on white slip, which imitated the Chinese blue-and-white of the Yuan and Ming dynasties, prospered in the Safavid dynasty (16th century), and in the Qajar dynasty, the imitation subject was expanded to Swatow ware, and it produced more commonly. This plate, which also depicts the design of Imari ware, which is also under the influence of Chinese blue-and-white, represents the complex acculturation that accompanies the east-west trade of blue-and-white.

The bleeding of cobalt is similar to the Victorian-style pottery of the same period “Flow Blue”, which comvey the influence of the British, which was interfering with the Arab region at that time.

There are four minor chips on the rim and one on the base, but they are in good condition.