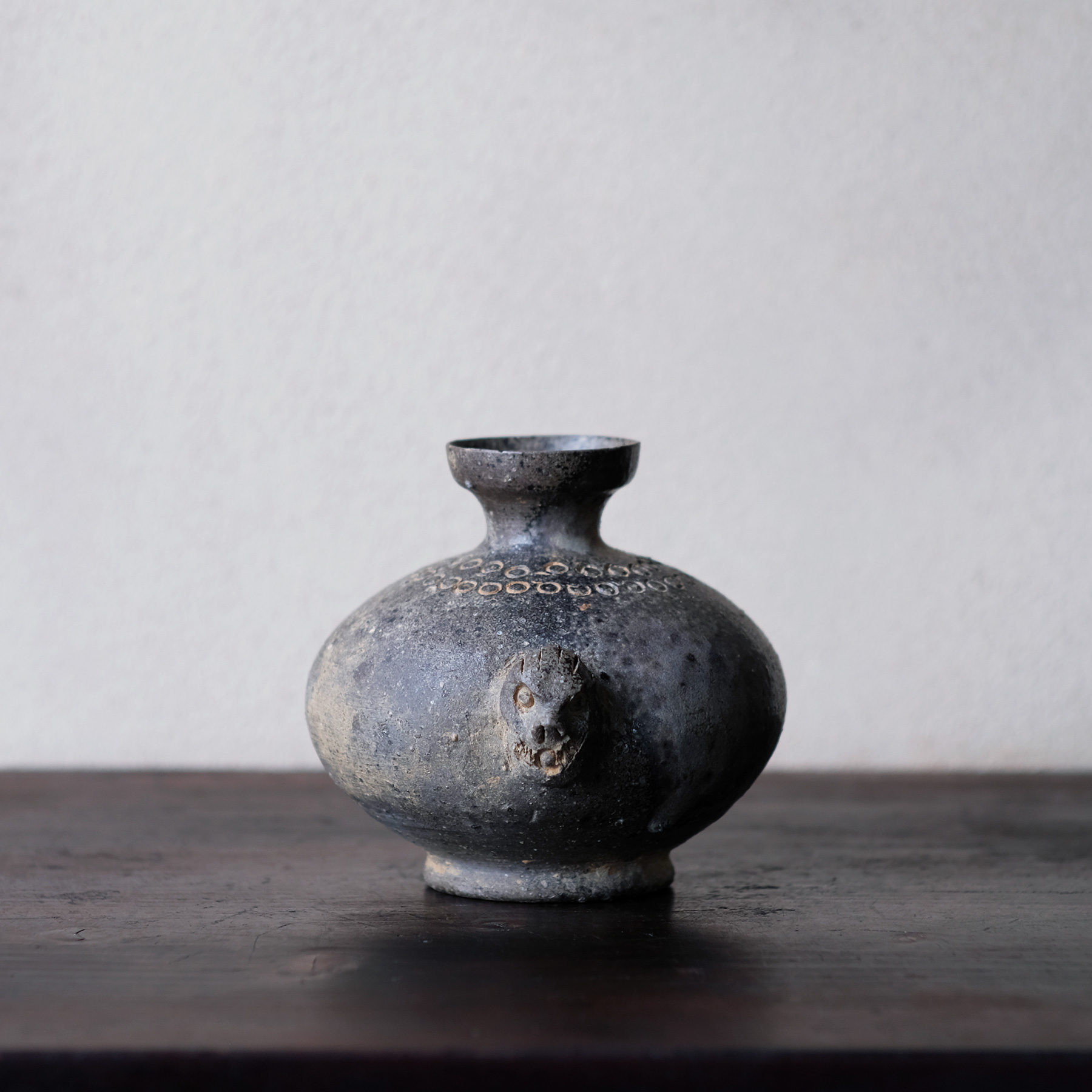 A unique stoneware vase baked during the unified Silla era. A spout is formed cup shape, and a natural glaze is applied on the shoulder where the stamped flower pattern is circulated. A mystical creature face placed on the body is thought to be the monkey or wild boar of the Silla Zodiac god statue, and it is thought that it was combined with other god statues and buried in the tomb. In Silla, which actively absorbed the culture of the Tang dynasty, many objects were made in the shape of animals and human figures, but it is rare that only a face is sculpted on this type of vessel.

There are no noticeable defects other than kiln scratches and a minor chip on the mouth, and there is no water leakage. Comes with a storage box.