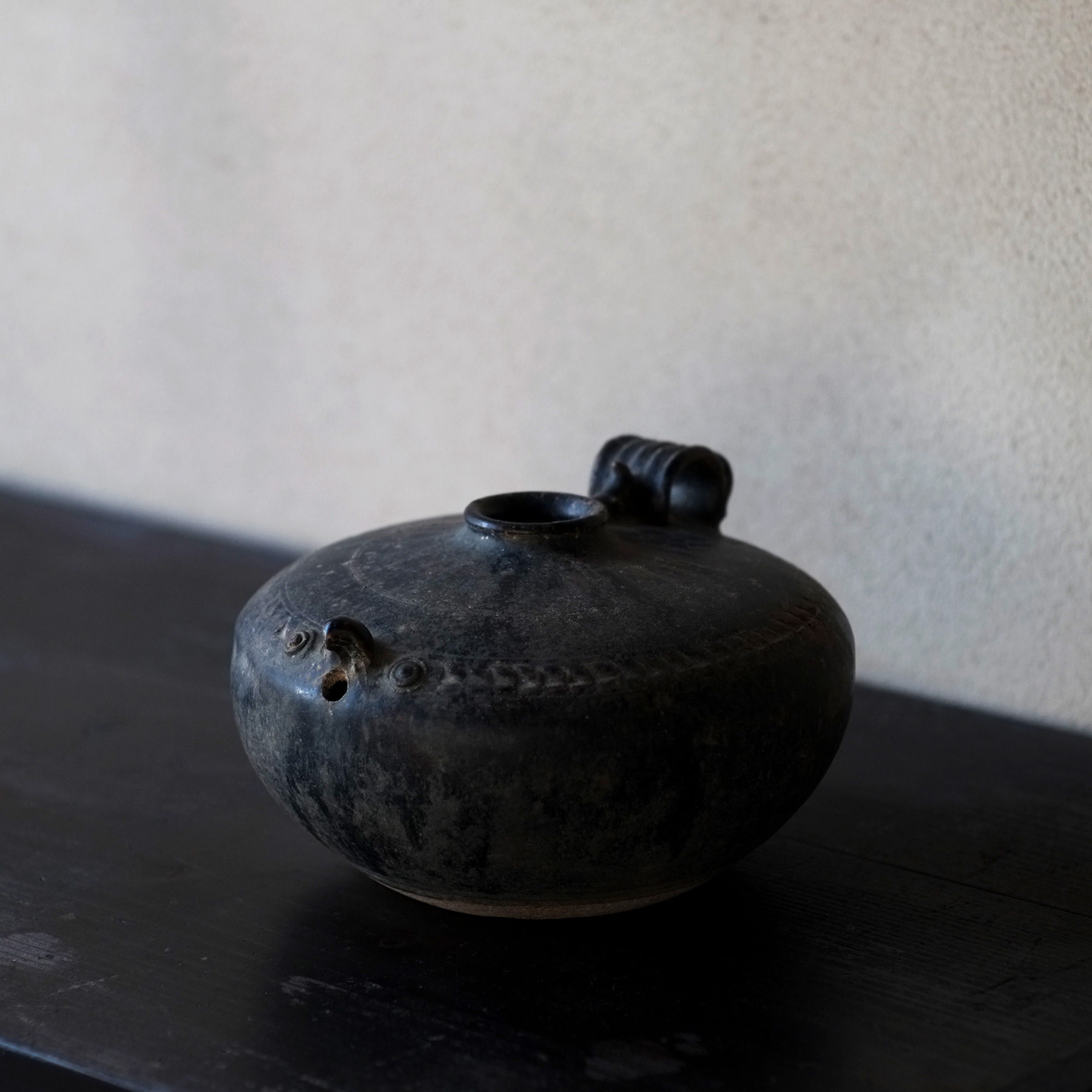 A jug excavated from the Buri Ram kiln located in the current northeastern part of Thailand. It was likened by the raptor’s tail feathers as a handle and the beak as a spout, and was probably used as a holy water vessel that was made for pouring water on the lingam of Lord Shiva.

Khmer pottery has various animal decorations, the one that is most often seen after elephants and cows is a design of raptors. This jug was designed based on the legendary bird Garuda originated from Hinduism, the radial rays pattern surrounded the mouth of jar, and the feathers that link the beak to the tail in an annular shape that conveys a cyclical time perspective from Indian philosophy based on Veda and subsequent Buddhism.

Garuda, the king of birds, who usurped the immortal holy water Amrita from the gods. Pouring water using this jug was an act of simulating mythology into a reality. It is an item that evokes a scene in the mythical daily life of the Angkor Empire.

Although the thick brown glaze is aged, it is in good condition with no chips or noticeable defects.