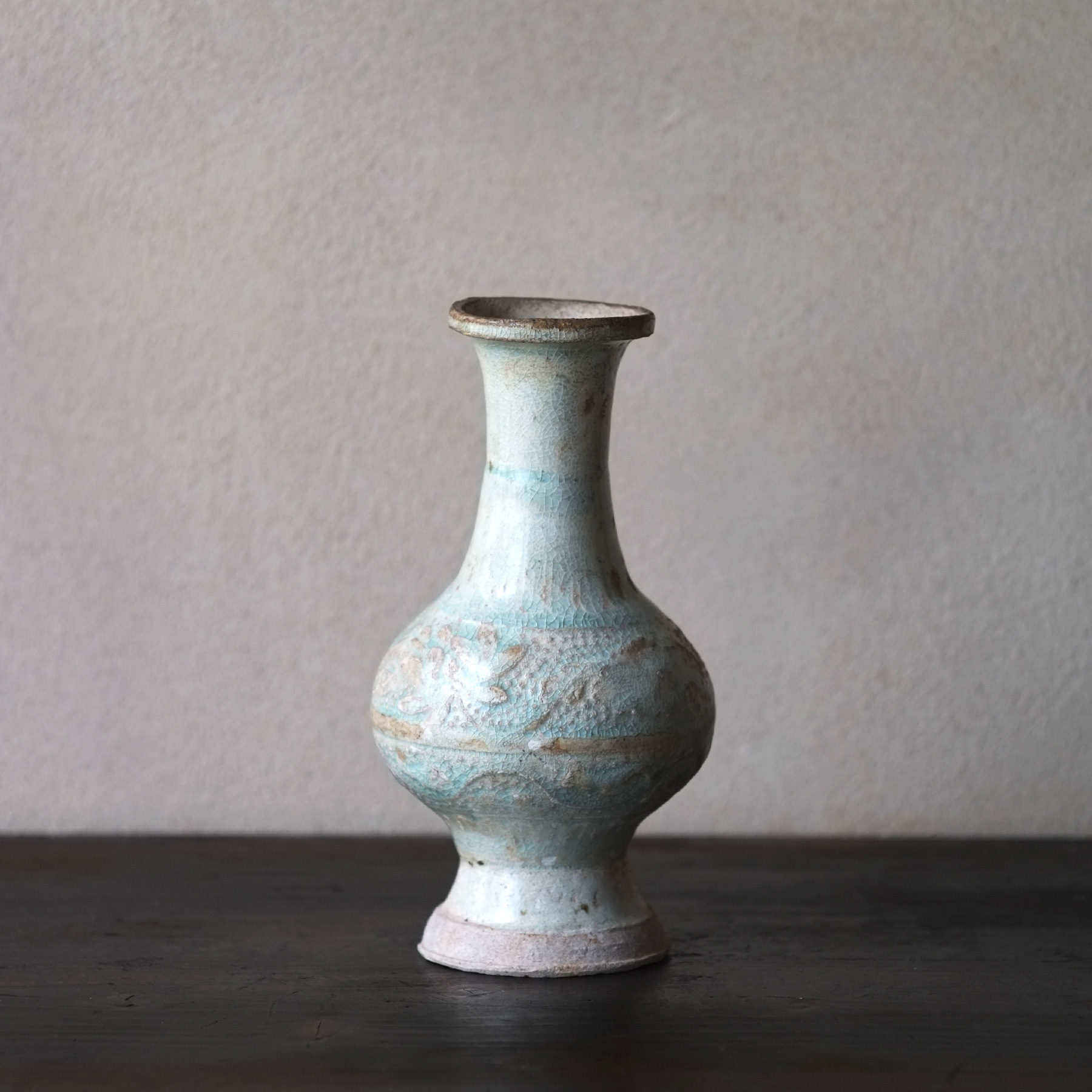 A Qingbai ware vase excavated in Thailand. It is a type of white with a blue-greenish tint ceramic as known as Yingqing that was widely produced in southern China during the Song-Yuan Dynasty.

Designed the graceful lotus flowers pattern and is probably made for export to Southeast Asia as a burial or funeral vase. Jingdezhen is well known for its production, but it is presumed that this vase was fired around the Putian kiln located in the coastal area of Fujian Province and shipped to Thailand.

The ephemerally beautiful blue transparent glaze combined with its use as a ritual vessel is betokened the mystic aura. There are no notable defects other than the glaze flaking and one chip on the base, and no water leakage.