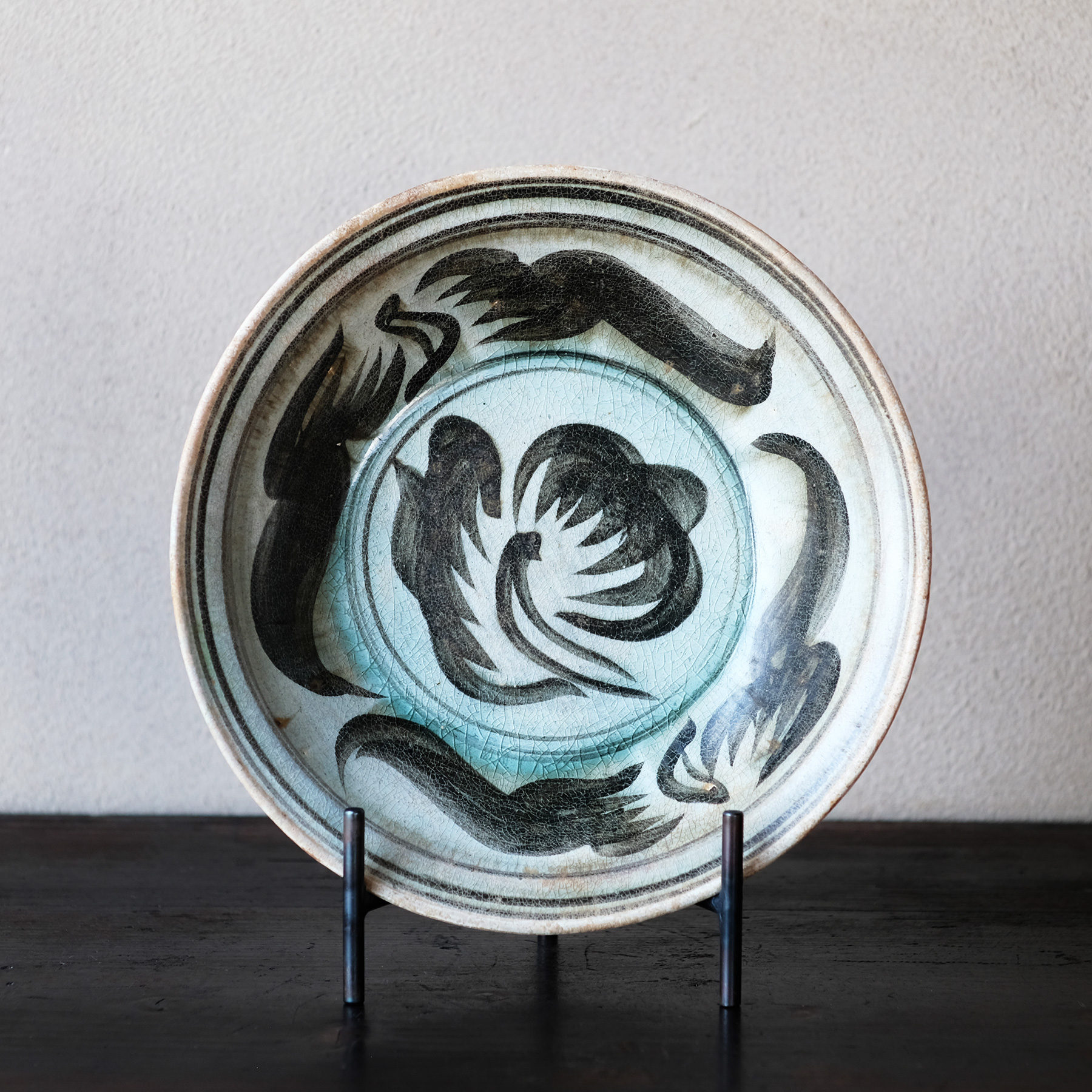 A Kalong ware dish fired in present-day Northern Thailand during the Lan Na Kingdom period. It rises at an angle from a shallowly carved base, and the rim is outwarded. An abstract pattern in underglaze iron is drawn on the front face and the exterior.

Kalong ware, known as Wiang Kalong ware, is inferred to be run from the 14th to 16th centuries. The underglaze iron design is the represented example and also produced pieces with celadon, clear glaze, and green glaze. The techniques and style are often mutual with Sankampaeng and other kilns in Northern Thailand, but the Kalong ware features finner-grained clay and thinly potted, especially the later works.

This decoration is one of the characteristic patterns called “black crow”; the same example is in the Metropolitan Museum of Art collection. The glaze pool reminiscent of the blue sky accentuates the dynamic birds in flight.

There are partially rough surface and soil stains but mostly lustrous, except for the glaze flakings on the edge of the rim. A short hairline can be seen on the rim. Other than minor kiln process damage, there are no noticeable defects, and the condition is good.