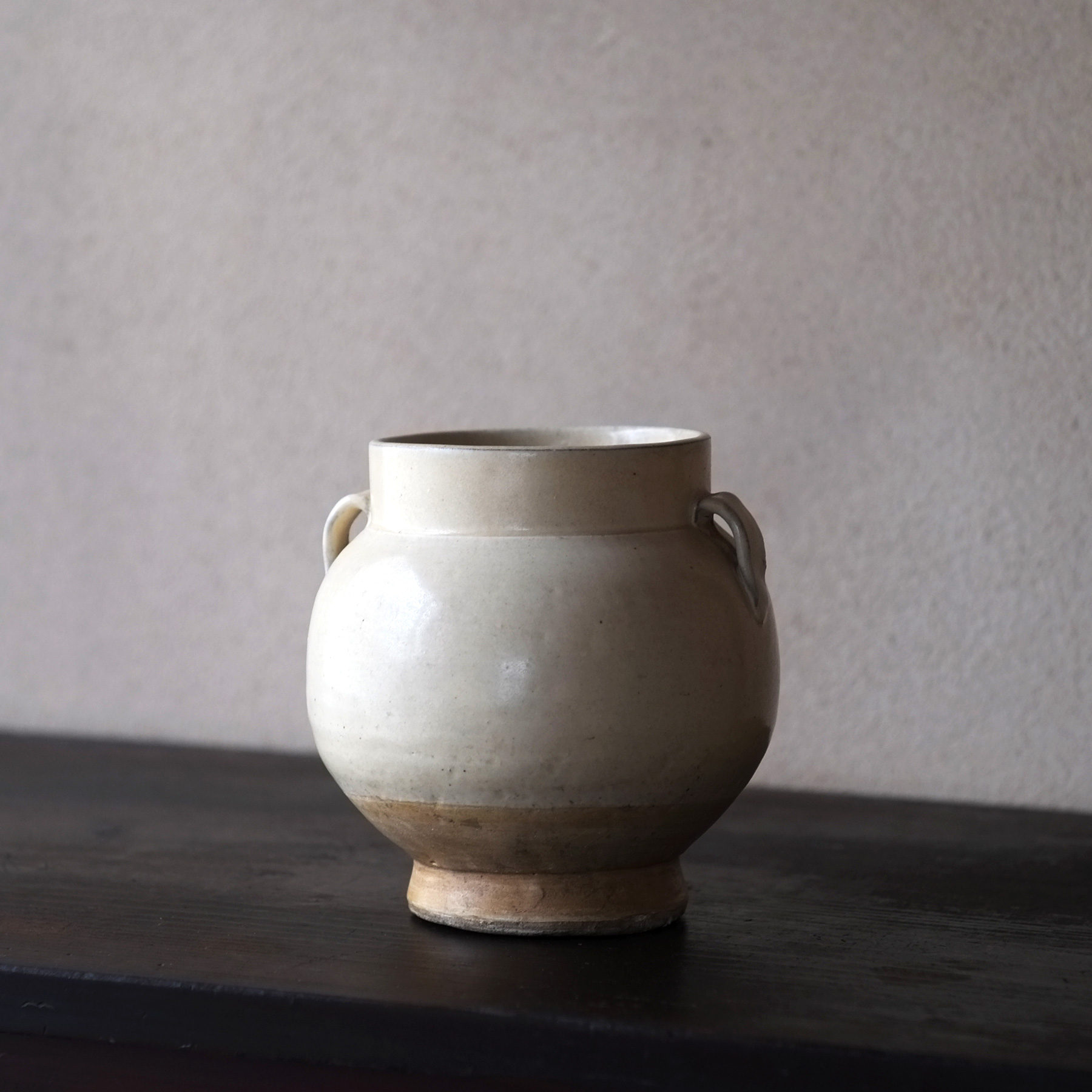 A double handled jar fired in Guantaizhen, the central kiln of Cizhou ware. It is from the Great Jin dynasty, which ruled from North to the Northeastern China at the same time as the Southern Song dynasty.

The well-rounded vessel shape and the flared base is in contrast to Liao dynasty’s works which are mostly vertically long and suitable for carrying. Unlike the Khitan people of the Liao dynasty, the Tungusic Jurchen people, who originally had separate activities such as hunting and farming and pastoral, came to live a life collectivelly organized. So that is also seen in the alteration in the shape of the vessel that emphasizes storage.

The Jin dynasty, means “gold” in Chinese, developed its own culture and military power by stabilizing the finances through trade and agricultural production, and by laying down the Jurchen script and the Tuntian military system. Although the Jurchen people had the power to destroy the Northern Song dynasty and to submit the Southern Song Dynasty, the small population accompanying the expansion of the territory would shake the ethnic identity. Eventually, their capital moved to Kaifeng, Henan to escape from the Khitan forces, but they were followed the path of downfall in front of the military forces of the northern horsemen such as Mongolian and Khitan.

This jar was created in the Guantai kiln in the north of the Yellow River, far from the Ashi River as known as “Anchun” in Jurchen language, means “golden”, and where located in northeastern part of China, the Jurchen people’s motherland. The journey full of twists and turns over the rise and fall of the ethnicity and nation continues to the present, albeit with numerous tributaries.