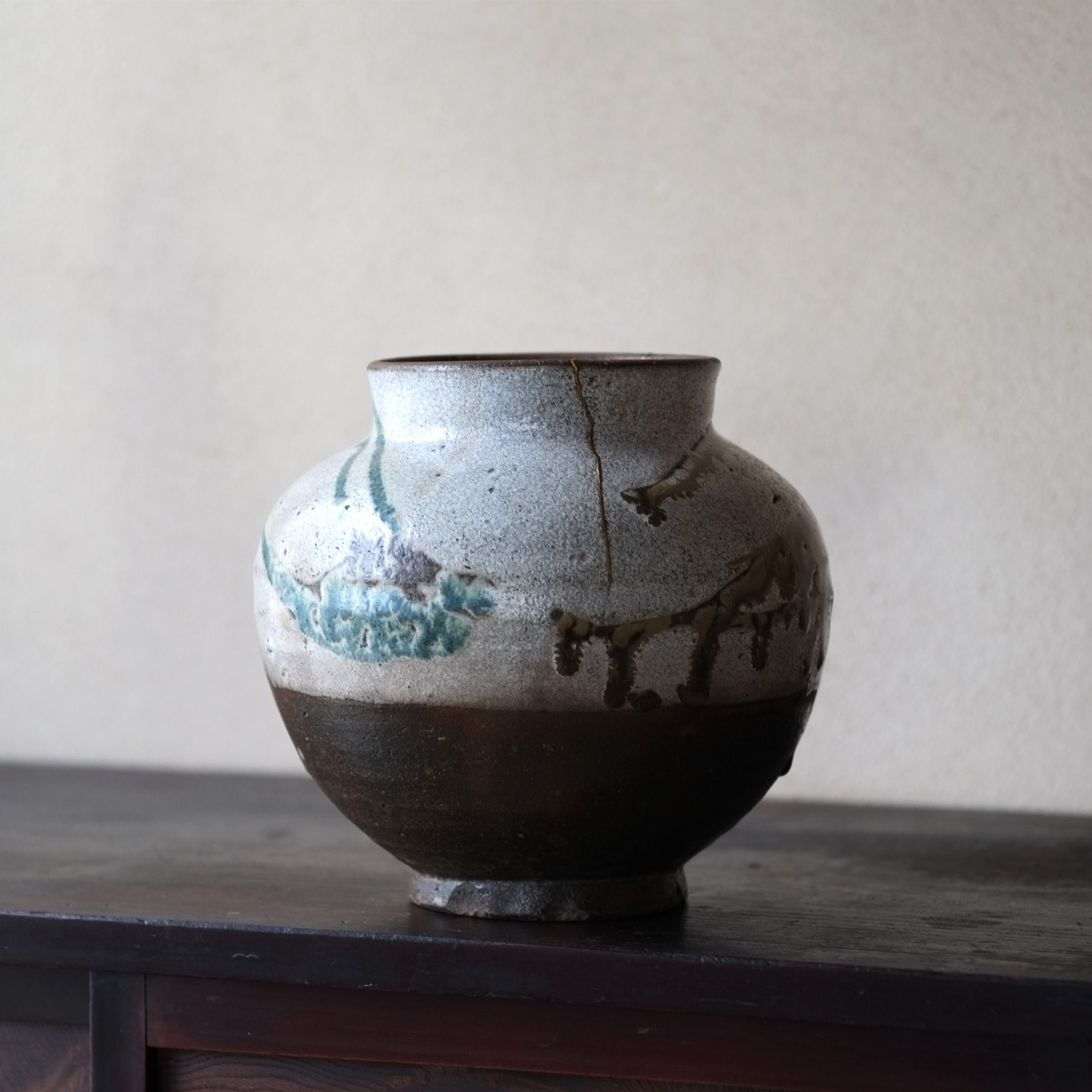 Agano ware jar fired in the early Edo period. The bicolour body and the two coloured splashed glaze design look similar to the later Takeo Karatsu, but the white background is not white engobe but straw ash glaze and shows different detail features. In addition, the lower body exposing clay colour is coated with transparent glaze present the characteristics of the earliest Agano ware technique.

The shape similar to that of a Korean white porcelain jar and the straw ash glaze, which has a thinly glazed and smoky impression, are not found in the Kamanoguchi kiln, the representative kiln of Ko-Agano. And this kiln has influenced the technique and the style, such as the Oribe-style from the Takatori ware Uchigaiso kiln. However, this piece, from the decoration of the green and brown glaze, which may convey the involvement of the Chinese potters, is considered that was the work of the Agano’s oldest kiln of Saenba kiln, which was an experimental playground at the cutting-edge pottery techniques and designs at that time.

There are two old gold repairs and a hairline on the mouth, and some short hairlines on the body, but there is no water leakage. Also, there are minor flaws in the kiln process and chips on the base, but the condition is generally good as such an old peace.
Comes with a Nuributa (lacquer-coated lid) and an old box.